We don’t see much of the Second Empire style in the area. 90 Capisic Street is a local landmark for the style and for its classic ‘haunted house’ look. It’s a 2 storey block with a third under the deeply flared mansard. There is a 1 1/2 storey ell at the rear. The ‘tower’ is actually a part of the main block but it projects slightly and has a separate, even more, flared, roof form and an attractive balustrade at its peak. Details are minimal and mostly confined to the window casings, porch, tower, and architrave. 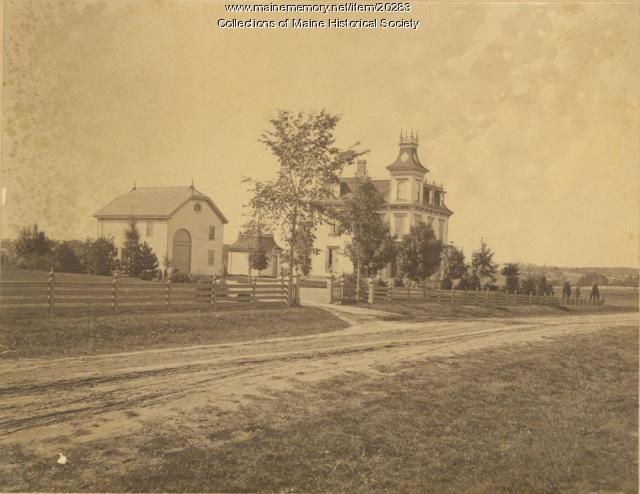 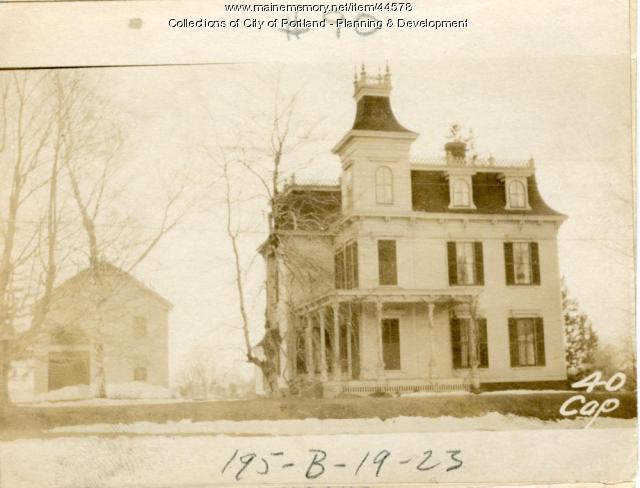 2.3.2021: Thanks to reader, and Chapman descendant, David Chapman, we can digitally reunite Leonard and Ruby Chapman.

It seems appropriate that a house noted for its haunted look would be owned for many years by an undertaker. And that’s just what Walter Hay was. He was born in Tangier NS in 1873. Tangier is a small town on the east coast about 50 miles from Dartmouth. It was a gold mining locale for over 100 years with nearly 28,000 troy ounces being extracted. Walter left Tangier and immigrated to the US in 1889. He was followed in 1891 by a local girl named Cora Murdock. They married in 1897. The 1900 census finds them boarding, along with 7 others, in the home of a music dealer named P Herbert Odell and his wife Emma on Greenwich Park in Boston. Cora would have been pregnant at that time as their son Lloyd was born the same year but is not on the census document. Sometime after 1910, when they were living on Sherman Street, they adopted a young girl named Mary. She is listed on the 1920 census as a 12-year-old daughter. She is not on the 1910 census.

As noted above, the barn has undergone significant alterations in its life. The carriage door and its fan above are gone. The 1890 photo hints that the fan may have been glass originally but that’s not completely clear. By 1924, it was a wooden fan. When the facade was revised for two overhead doors, the framing needed to allow the openings would have required the removal of most of the fan. An understandable course of action but much of the facade’s character and scale has been lost or altered in the process. 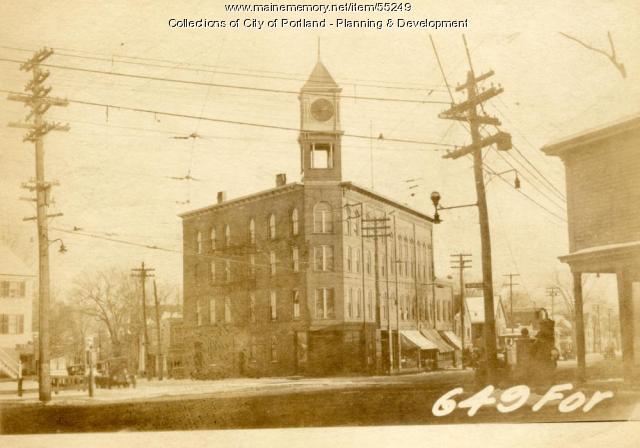 Robert Frates and Mary Thornton were married in 1932. Both were born in Portland just after the turn of the century. Robert was the grandson of a Portuguese immigrant and a local girl and Mary was the daughter of Irish immigrants. In 1938, Robert leased the storefront in the Woodfords Corner Odd Fellows Hall for 3 years. The lease says he was going to open a delicatessen selling “breads, cakes, bakery products, jellies, canned goods and other groceries”. The business looks to have succeeded as the lease was renewed in November of 1940. On the census of 1940, Robert listed his trade as the proprietor of a wholesale bakery who earned $2495.00 in the previous year. Robert and Mary had one son, Robert A, and resided at 90 Capisic Street until 1952 when they moved into a new house they built next door on a property they had subdivided off our subject property.

The original lot for 90 Capisic Street ran all the way from the corner of Frost Street to a line about 150′ northwest of the house. In the post-WWII era, much of the land would be subdivided off leaving the street line being the only original boundary remaining. The current lot is a mere half-acre. 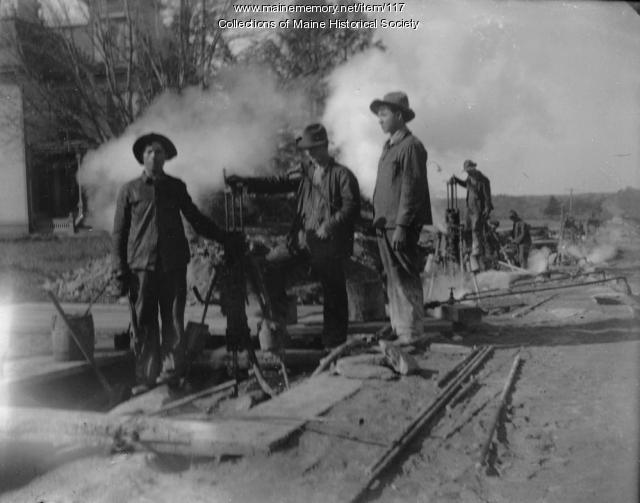 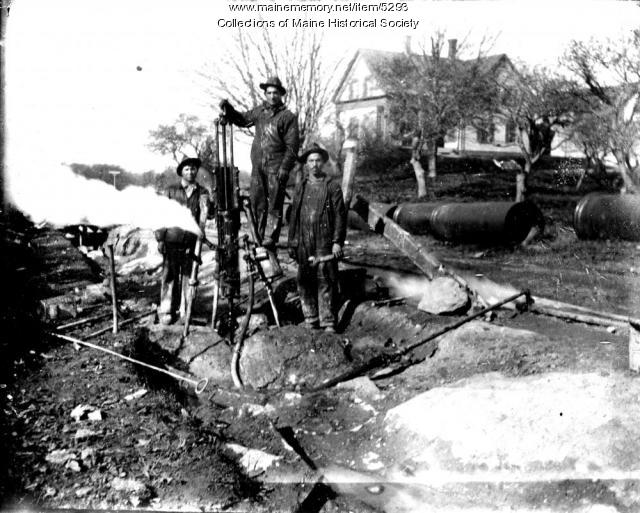 The Frakes sold to Alfred and Frances Waxler in 1952. Albert was born in Haverhill MA in 1923. He graduated from Bowdoin College in 1947 and moved to Portland after serving in the Army for 4 years. Frances was from Lowell. Al Waxler would become involved in real estate and auto dealerships in the Greater Portland area for the next 35 years. The Waxlers lived in 90 Capisic until 1961. They sold to a family named Kelley who lived in the house until 1964 when the Codiero family purchased it. They remained at 90 Capisic Street until they sold to the current owners in 2004. The house is currently listed as a two-family.