Design by John Calvin Stevens while in partnership with Francis Fassett.

Although Shettleworth lists this as a Stevens design, I feel the influence is distinctly Fassett.

A 3 bay cube of 2.5 stories under a low-hipped roof in a toned-down Italianate manner, the home sits on an elevated basement which accentuates the height. The facade is very symmetrical and balanced with the primary focus being the entry.

The entry is inset and has molded brick with a very graceful curve. This leads to a pair of period doors with large lights. The hanging lamp is a remnant of the building’s commercial life detailed below. All this is under a closed pediment that is deeply molded and has pronounced dentils. Below this a classical architrave with a flat frieze. The architrave also has dentils. This all rests on very florid composite columns. The tax photo from 1924 shows a nicely scaled balustrade capping the entry. This was removed at some point. The current iron fence does not match the 1924 photo. The house itself is minimally detailed. There is are belt and string courses but, although they are nicely modeled, they are not heavily pronounced. Overall, the details are held to the windows. 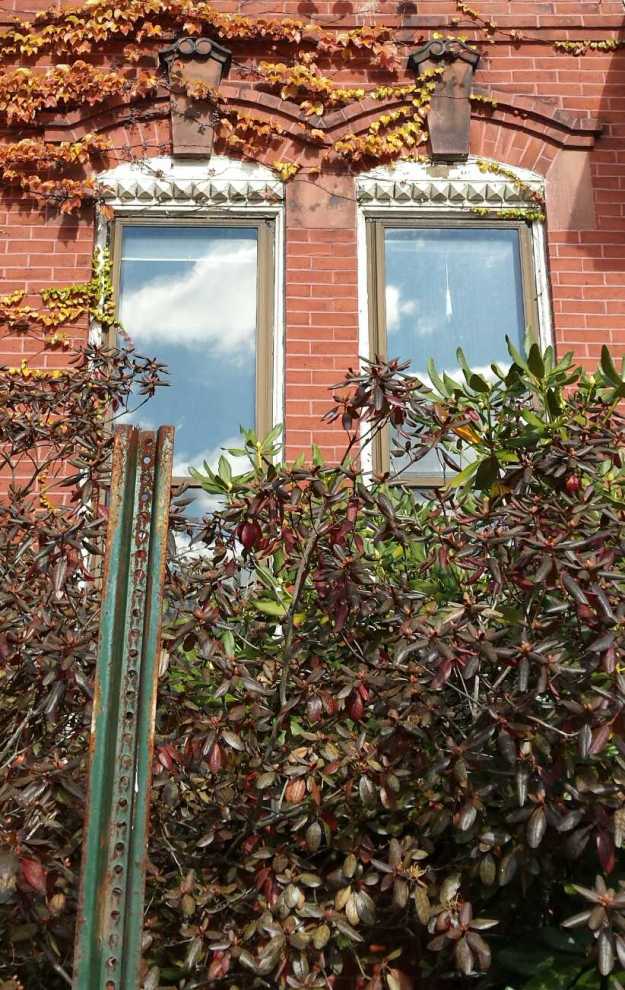 And it’s the windows that say Fassett to me. From the scrolled, cast, keystones to the ‘studs’ just above the sash, this is completely in line with his confirmed work at 30-32 Deering Street of 1874-75.

Detail of windows at 30-32 Deering Street

There are some interesting scrolled brackets flanking the third-story windows. This is a feature I have not noted in Fassett’s work previously.

Mellen Bolster was a merchant who was for a time a partner in Bolster, Snow & Company. The firm sold dry goods out of a store on the corner of Middle and Pearl Streets. The ownership history for 749 Congress Street is murky. Originally, Bolster purchased the lot for 749 from Henry & James Smith in 1881.

In 1882, Bolster made 2 more purchases, one from the Smith brothers and one from Daniel Emery, creating one lot from the corner of Mellen Street to what is now 753 Congress. In 1884, he sold the two lots back to their original owners. In 1888, Mellen Bolster sold 749 Congress Street to Dexter Kensell.

Dexter Kensell was a partner in Kensell and Tabor. They operated on Central Wharf. Beckett lists them as ‘grain merchants’. Dexter Kensell died in 1898. The property was probated to his widow, Mehitable. She died in 1921. I can find no record of a will or any probate for her.
By 1924, the property is listed under the ownership of Hay and Peabody Funeral Parlor. As evidenced by the photos, the single-story structure on the right was added after 1924. The Seth Thomas post clock dates from around 1926. The firm would remain on the premises until its closing in 2005. After the closing, the clock was offered for sale. This caused such an uproar in the community that the sale was withdrawn although, interestingly, the web page for it still exists. The property has been apartments since 2005 and has suffered the ravages of deferred maintenance and indifferent owners. It is currently slated for redevelopment as a hotel with restaurants and condominiums.

11.16.2017 Update: This property has been redeveloped as a boutique hotel and restaurant called the Francis.