Fred Thompson was a carriage trimmer by trade and an artist by nature. He was born to Zenas and Lenora Thompson of Westbrook in 1844. He enlisted in the Union Army 12 days after the attack on Fort Sumter on April 12, 1861. He served 3 months and does not appear to have served anymore afterward. Frederick started collecting a pension for his service in the 1880s. One wonders if he was injured in some way during his brief term. 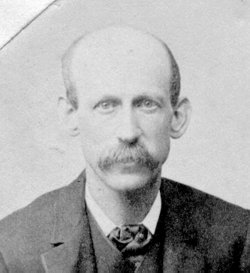 History says he was a member of the ‘Brushians’, a group of amateur painters who would travel to the shore or mountains to paint ‘Plein air’. There’s some confusion if Fred was a member as there were two Fred Thompsons in Portland at the time. Fred A Tompson was an architect who painted with the group. Fred H Thompson is our guy. It could be they both were involved with the group but the documentary evidence I have seen is inconclusive.

Fred purchased the lot for our subject from George Rackleff in 1877, a year after the birth of his only son, Frederick M. George’s father Charles, a former ship’s captain and bookseller, had been farming the land for many years prior to this time. As the area of Deering began to see more development after the war, Charles and George, who was a mason by trade, started to sell off parcels for new developm. 91 Lincoln was one of these parcels.

How Frederick Thompson met William Dyer Murray is not known but there is no doubt William built the house as it’s an exact copy, right down to the unique shingles and 8 sided windows, of the house in Cape Elizabeth that he built for his own family in 1874.

The house is a fairly common form with a bay projecting forward from a cross gable creating a modified cruciform plan. Entrance is on the east side in the corner of the crossing. The details are many. The shingles are the most obvious. Alternating between narrow, flat bottomed, and wide, circular bottomed, forms, they create a rhythmic pattern across the building. They are a unique style that is a signature of Murray’s work. The windows are Italianate in form with the round tops. The first floor bay windows are square cornered and have heavily projecting and bracketed cornices. The octagonal windows in the second floor are another signature detail for William Murray. 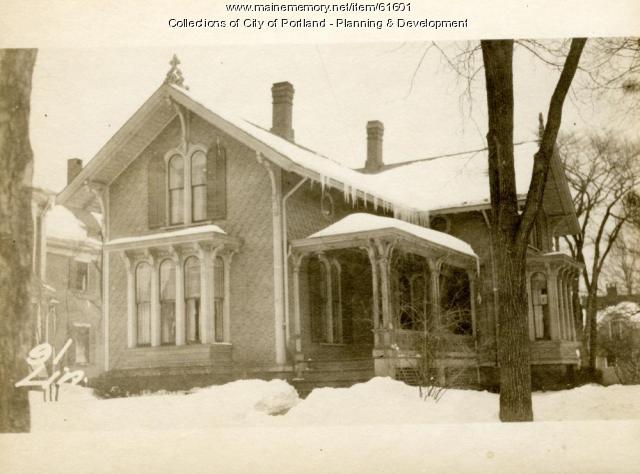 91 Lincoln Street in 1924. Image property of the Maine Historical Society

Sometime around 1900 Fred and his son formed the Thompson Art Company. They sold hand colored photos and small household items with applied hand colored photos. The business was very successful and by 1906 they had opened an office and factory on Middle Street, just off Monument Square. 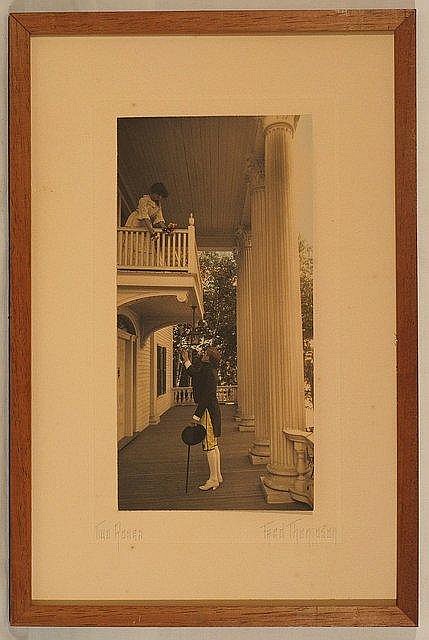 In 1905, Leila Thompson died at the age of 53. This must have been devastating to Fred. He sold the house the next year. Then, in 1908, Fred borrowed $4000.00 from a James Hawkes and used the Lincoln Street home and a piece of property in Freeport for collateral. How he was able to mortgage a property he didn’t own is a bit of a mystery. It seems Hawkes then sold the mortgage to the Chapman Bank in the same year. The bank foreclosed in December of 1909. Sadly, Frederick was dead by that time. He died in mid November of 1909. The official cause of death was heart failure but I have read several biographies that claim Fred took his own life by consuming chemicals used in the photo process. He was 65 years old.

Fred sold the house to Perez Griffin in 1906. He was born in Portland to a housewright named Horatio and his wife Armetia in 1844. Griffin was a dry goods merchant. He owned the property for less than 6 months. 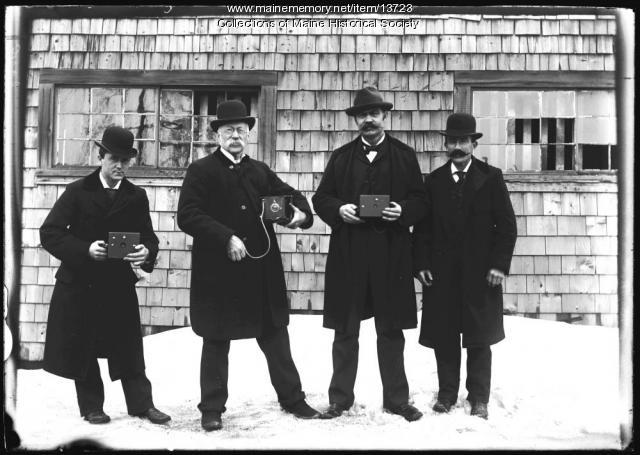 The house underwent a major addition at some point. An addition was pushed out from the rear of the house that incorporates living and garage space. It may well have more than doubled the square footage of the home. This was when it was converted to a two-family home.

When she bought the house in 1907, Elizabeth Stetson was a mere 5 days away from her wedding. She was born in 1875 to a shoemaker and his wife who lived on Franklin Street. Elizabeth married Harry Butler on February 16th, 1907. Harry was a bank teller at the time. Elizabeth was his second wife. His first wife, Julia, had died the year before. Harry and Elizabeth Butler resided at 91 Lincoln Street until 1923 when they moved to Thomas Street where they would occupy the first house we looked at here at Portland House Stories in 2015. 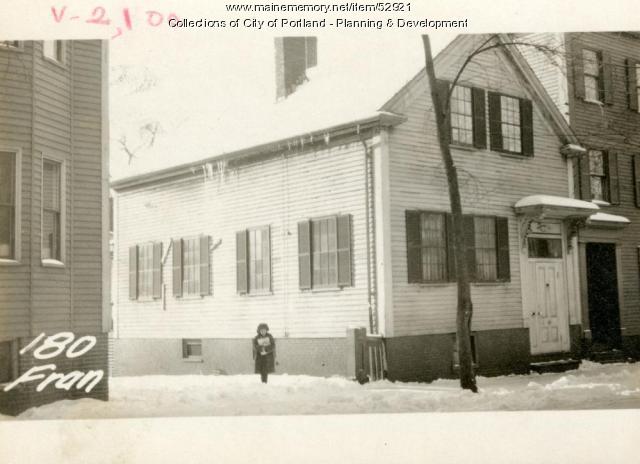 180 Franklin Street. Once the home of Elizabeth Stetson. Demolished. Image property of the Maine Historical Society.

The next owners were Herman and Neleah Morgan. They possessed the home for 7 months before selling to Homer & Pauline Burgess. Homer and Pauline were still newlyweds when they purchased 91 Lincoln in 1923. Both were Portland natives. Homer was born in 1871 & Pauline in 1878. The information for the Burgess’ is scant beyond birth and marriage. They appear on the 1930 census when they were living in an apartment on Cumberland Ave. Pauline was a public school teacher and Homer was retired. Henry died in 1935. Pauline sold the property in 1936. She died in 1979.

Thomas McNair purchased the property in 1936. He was a native of Canada who had immigrated in 1888 at the age of 20. He married Ella Brown in 1889 and was naturalized in 1892. He farmed in South Portland for about 25 years before moving to California in the 20s. Given this, it would seem he never lived in our subject. Thomas sold the home in May of 1939 and it was sold again 3 months later.

George Anderson was a driver for a wholesale dry goods dealer when he and his wife Mary bought 91 Lincoln Street from McNair in 1939, the same year they were married. The 1940 census has George, Mary and her mother Rose as residents. They lived in the house for about two years before selling to Elmer and Ruth Bakke in August of 1941. Elmer was a native of Michigan and a house painter by trade. He died in 1982. Ruby was a Maine native and a nurse. She died in 1965. They had 4 children, Eleanor, Elmer Jr, Richard, and Judith. The family would remain in the house until 1978. The house would be sold again in 1993 before being sold to the current owners in 1994. It is still a two-family home and is in excellent condition.