A small Italianate in the India Street Historic District

A sailboat requires a sail. It’s a simple statement. Yet, a sail is anything but a simple item.

Goold & Waite advertisement from the October 18, 1862 edition of the Portland Daily Press. Library of Congress.

William Goold had been making sails for over 3 decades by the time he partnered with Albert Waite in 1862. Goold was born in the city in 1806 and, most likely, apprenticed with one of the 2 or 3 dozen sailmakers in the city in those years. William does not appear in the city directory of 1827, the earliest we have online, but does appear in the next online, 1831. His first wife, Martha, died in 1838 and he remarried the next year. His second wife, Eliza, gave birth to a son, Frank, in 1848. They lived in various locations, mostly in the ‘old’ part of the city that would be leveled in the Great Fire of 1866. That William took on apprentices is confirmed by the 1850 census wherein an 18-year-old Thomas Faucett is listed as residing with the family in that role.

The Goolds were living on India Sreet when the Great Fire reduced the street to ashes. William’s business was, as noted in the advertisement above, on Commercial Street at the head of Long Wharf, It was not damaged by the fire allowing him to continue the business. Where the family lived until our subject was built is not clear. William purchased the land for our subject from Joseph and Jonas Perley, & Robert Russell.

12 Smith Street on the 1876 Bird’s eye view of Portland. Library of Congress.

12 Smith Street measures 26′ to the street and the main block is 32′ deep. There is an 18′ x 20′ ell of the northwest corner. It’s 2 stories with a third in the garrett. The brick is a warm red laid in a running bond with fine mortar joints. The windows on the Smith and Congress sides are capped with compressed arches of brick. These arches and the window sills, also of brick, are supported by simple brick corbels. The facade of the northwest side is almost devoid of windows and the few that are there do not have the caps or sills of the other sides.

William Goold sold 12 Smith Street in 1874. He and Eliza moved to Franklin Street where she died in 1882 and William died in 1888. The purchaser of our subject was a mariner and merchant from Rockland named David H Ingraham. Ingraham paid $6000 for the property.

Probably the most distinctive features of the main facade are the paired windows and the entry. Although paired windows are not uncommon, these are very narrow. They are offset in the wall space not centered which is also somewhat uncommon.

The entry is a wonderful arrangement with the double doors, ceiling, and hood all showing the same graceful curve. The strong pilasters supporting the hood are a nice transition from the hard edge of the brick walls to the softness of the wooden entry. All of this appears to be original. 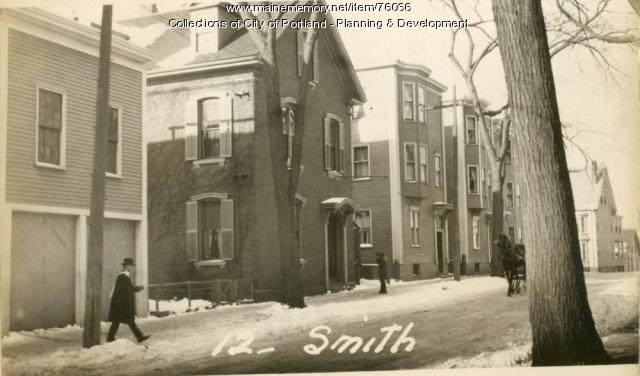 David Haskell Ingraham was born in Rockland in 1824. His father, Coit, was a mariner, and David and his brothers followed him to the sea. He married Catherine Paine Vanstone in 1844. They had a daughter, Harriet, in 1845. Ingraham was involved in lime and cement transport and sales along with running a commission mercantile business in Boston for many years. He never lived in our subject.

12 Smith Street on the 1886 Sanborn Map. Library of Congress

David Ingraham owned 12 Smith Street until his death in 1904. His will transferred the first floor of the property to Harriet who was known as Hattie Nixon. The upper floor was bequeathed to Harriet’s daughter, Hattie Higgins. For the 30 years David owned the property, it was a tenement. Among the tenants we find:

The poorly filled window at the rear of the first floor of the ell is an interesting thing. It is at an odd height. Add in the extra-long piece of what appears to be lead flashing and we’re getting really close to ‘remuddling’. The 1914 map shows an ell running the rear ell at this point. It is not on earlier maps. Perhaps it was added to connect to the later ell. It is a puzzlement.

Harriet Ingraham married a Cambridge Massachusetts trunk maker named Edward Nixon in 1866. They had 6 children with the second, Hattie, being of interest to us. Hattie married Henry Higgins in Standish in 1892. They do not appear to have had any children. The Higgins moved into our subject sometime in the mid-teens. Harry worked as a salesman for Calderwood Bakery on Pleasant Street 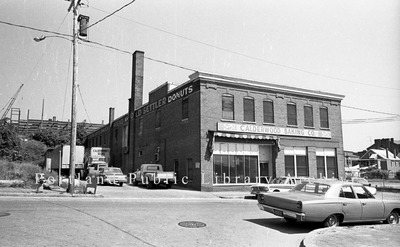 In 1930, Hattie and Henry Higgins purchased a home in Gorham. They retained ownership of 12 Smith Street until 1947. Among the tenants during that time was Hattie’s brother Frank who was 2 years younger than Hattie. Frank had attended law school and married Lola Durost in 1903. In 1910, he gave his occupation as an attorney. When he registered for the draft in 1917, he stated that he was a constable for the city of Portland. By 1920, Frank and Lola were divorced and Frank was working as a cook in a boarding house.

When 12 Smith Street was purchased in 1947, the buyers were Constantino and Justina Piacentini. They were Italian-born and had immigrated to the US with their first-born son John in 1913.  Constantino, sometimes Anglicized to Charles, worked in the building trades as a laborer. Justina’s maiden name was Aceto and the 1920 Census found the family living on Anderson Street next to Rocco and John Aceto who also worked as laborers. The brothers arrived in the US in 1909. It is very likely that Justina was their sister and she, and her family followed them to the US. 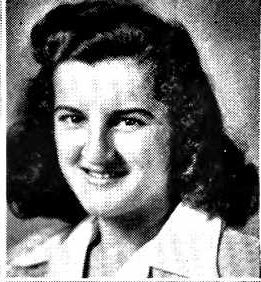 Constantino and Justina Piacentini’s daughter Lucy grew up to become a local legend.  Born in 1926, she graduated from Portland High and earned a degree at Sargent College, now part of Boston University. After college, she taught and coached at Deering High. She married Edward Bogdanovich, also a teacher and coach, in 1956. She coached several sports including field hockey for over 25 years. According to her obituary, she was considered Deering’s ‘Dean of women’. Constantino and Justina Piacentini continued to reside in our subject until he died in 1967. Justina sold 12 Smith Street to Charlotte Jones in January of 1968. Justina died that September.
Charlotte Jones. was born Charlotte Smith in 1925. She married Thomas Jones in 1949. Thomas worked as a laborer before dying in 1966 at the age of 39. Charlotte worked for several decades as a maid. She sold the property in 1981.

12 Smith Street is listed as a 3 family building. The condition is very good.