A brick Arts and Crafts in Fessenden Park Extension.

The ability of the Portland Assessor’s office to get build dates wrong never ceases to amaze. Admittedly, I don’t know their process so am not in a position to point a finger but, in the case of 263 Brighton, the public record is pretty clear that they missed this one by at least a decade.

The Fessenden Park Extension development encompassed the grand piano-shaped area between St George and Deblois Streets just below the Longfellow Highlands. It was started in 1915 although evidence points to it being planned a couple of decades earlier. Street names on the plan, seen below, are from before Deering was annexed by Portland. Specifically, ‘High’ and ‘Grant’ streets already existed on the peninsula. After the annexation, ‘High’ became ‘Highland’ and ‘Grant’ became ‘Beacon’. Beacon was part of the Fessenden Park Extension plan but it stopped at Orland. It was in fact continued and aligned to connect with the existing intersection of Longfellow and Grant Streets. The plan also has a notation that it was “taken from the plan of EC Jordan done for Marks and Earle in 1898”.

That chimney is not well placed visually.

The house is a fairly common form for the style. It sits on a rather high ‘podium’ which may have been driven by site conditions. The slightly flared eaves of the roof give a bit of a ‘Dutch Colonial’ feel to the exterior. The style was seeing a bit of a resurgence in the early 20th century. Much of it being brought on by the rise of ‘catalog houses’ from the likes of Sears, Gordon-Van Tine, and Montgomery (monkey) Ward.

Dutch Colonial design from the Gordon Tine catalog for 1918. Antiquehomestyle.com

As noted, the house is built of brick. This is a very uncommon material for the Arts and Crafts or Dutch Colonial styles. The choice of brick seems odd but there is an explanation. 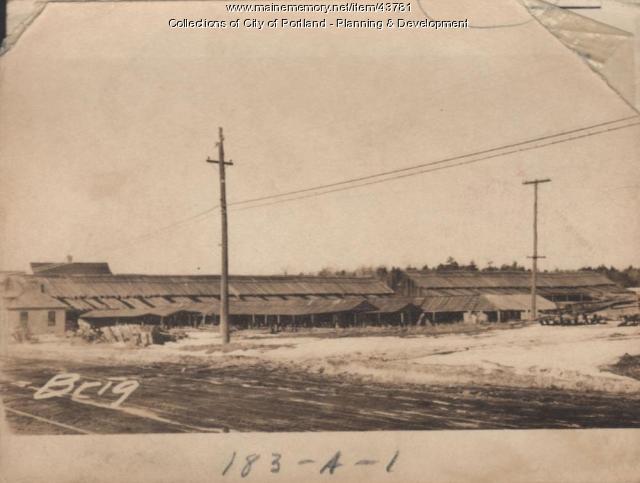 Production sheds at the Lucas Brick Company on Brighton Avenue at the corner of Lucas Street. Mainememory.net

It’s common to hear the term “Portland is a city of brick” when discussing the city. This is a very true statement. To make this so you need bricks and masons. By the early 20th century, brick making had, mostly, moved out of the city in search of cheaper land and access to raw materials. There were 3 brick makers in Portland in 1910 & only 2 in 1924. As for masons, the 1910 city directory lists 16 people or firms, including the Cunningham Brothers, providing the service in the city. Among them were a father and son team who lived in the West End named Dunscombe. 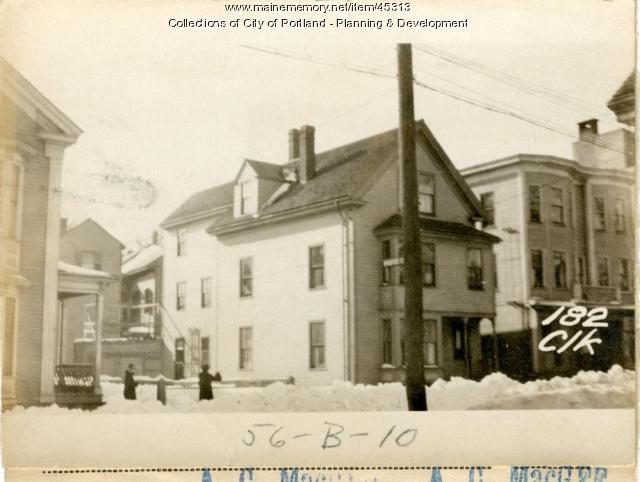 182 Clark Street. The home of Jesse and William Dunscombe. Mainememory.net

Edward Dunscombe was Jesse and William Dunscombe’s second child. He was born in Portland in 1884. His elder brother Earnest became a mason like his father and Edward may have done so as well. He listed his occupation as ‘general contractor’ on a couple of decades of census records. He married Ida Chadsey, who had grown up on Stevens Avenue, in 1904. They purchased lots #132 & 133 of Fessenden Park Extension in early 1919. Their deed clearly states they purchased the lots and there were no buildings on them. Covenants for the development required the houses built to cost at least $3000.00 and be single-family homes.

Edward and Ida Dunscombe sold 263 Brighton Avenue a mere 3 months after purchasing the lots in 1919. Their deed to Lillian Osborn mentioned buildings on site. This would seem to give 1919 as the year built. The city record gives the build date of 1930. The rapid build time adds weight to the possibility of the house being from a catalog.

Perhaps the single most striking feature of the property is the decoration over the garage doors. It certainly caught my eye. Made of wood, it’s highly expressive and well-executed. Its symmetry with the garage doors leads me to think it was made for the spot.

When Lillian Osborn sold our subject in 1921, the purchaser was Louis A Peterson. Louis Peterson was born to Charles and Louisa in 1875. He was the third of 4 children. Charles was born in Denmark and had immigrated to the U.S. in the late 1860s. Louis worked as a carpenter with my great grandfather WD Murray and married his daughter Annie in 1903. 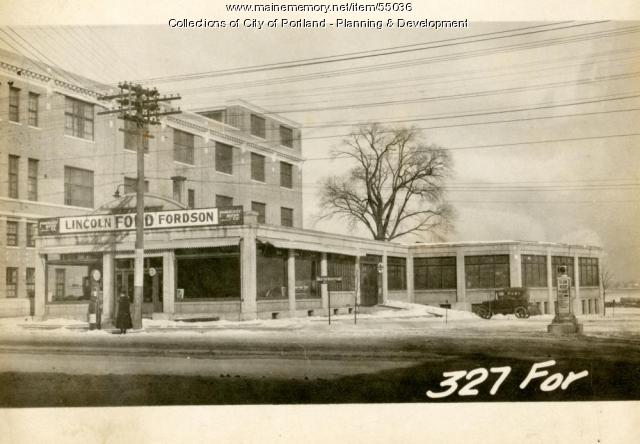 The Peterson Motor Company in 1924. Mainehistory.net

Louis & Elliot Peterson opened one of the first Ford Motor dealerships in the area in 1913. It was located at the corner of Forest Avenue and Baxter Boulevard. The building is still there and is currently the offices of the Portland Housing Authority. 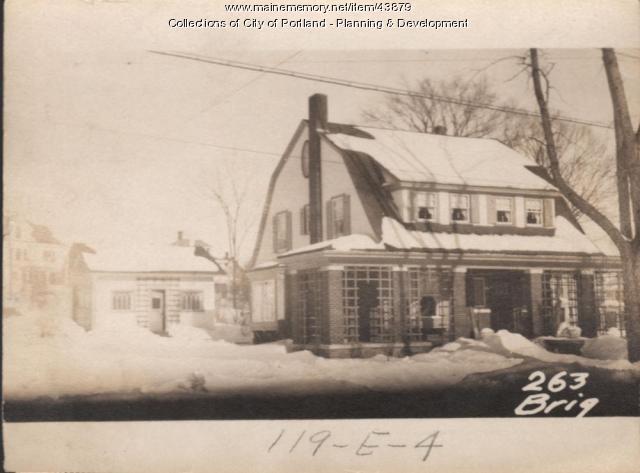 Louis Peterson died in a boating accident on Sebago Lake in August of 1927. Annie and their sons Roland, Murray, and Roger would remain in the home through her death in 1942 before selling in 1943. The next owner was J Walter McLean. J Walter was the manager of a wholesale hardware firm when he bought the home. He would remain there through the death of his first wife and remarriage until his death in 1968.

The house is in fairly good condition. It is owned by an author of books for young girls.