It sits, rather forlornly, behind the group home at 71 High Street. Neglected and overlooked, it seems to be the victim of ‘destruction by neglect’. A sad state for a building with a long story to tell. With a construction date of 1800, I believe it to be the oldest carriage house in Portland.

1800 was an incredible year in the still very young life of the United States of America. The boom times of the China and Triangle trades were yet to be constrained by ‘Mr. Jefferson’s Embargo’, Portland equaled, and in some cases exceeded, the ports of New York, Boston, and Philadelphia for overall cargo imported/exported. 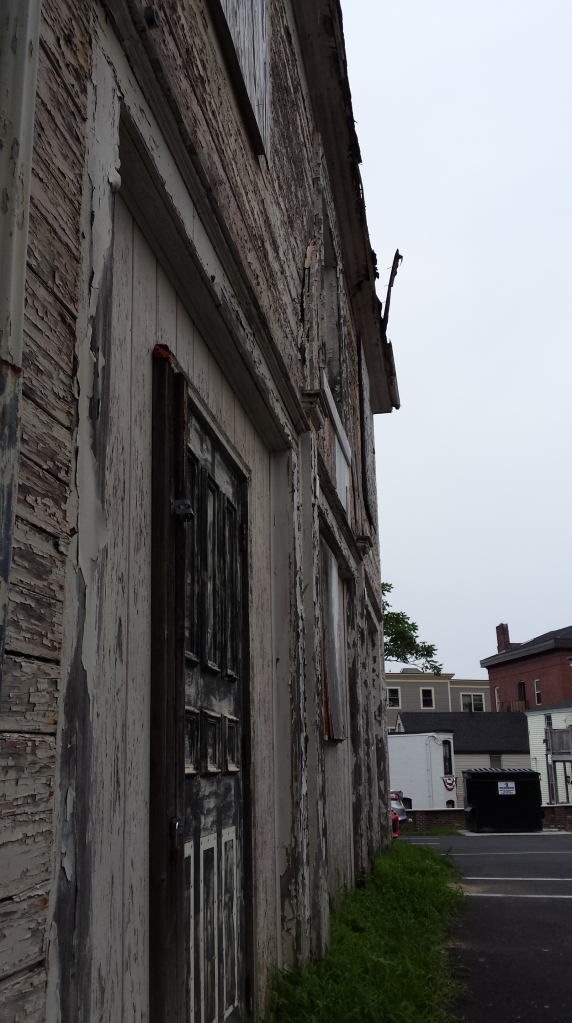 The period saw the first statement of a ‘native’ architectural language. Derived from the publications of the Adams brothers and others, the ‘Federal Style’ would become synonymous with the period between the ratification of the Constitution and the end of the ‘War of 1812’ 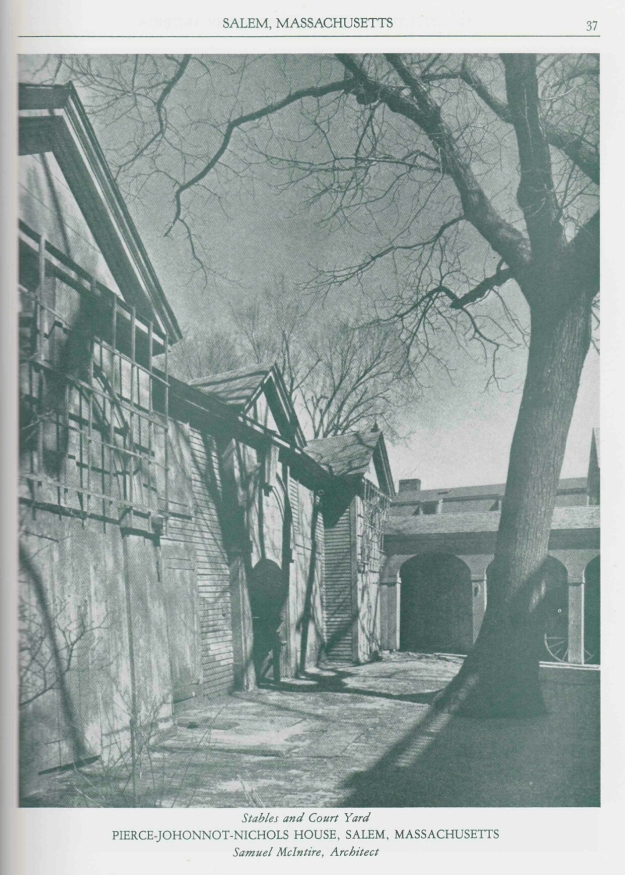 In Salem, Samuel Mcintire was creating a new expression of form and detail that blended his carver derived eye for detail with an innate sense of proportion and scale. In Boston, and later Augusta & Washington, Charles Bullfinch was creating new architectural languages that could properly express the strength of the new government while finding highly creative yet discreet forms of domestic architecture.

Our subject was built with the house at 71 High Street for Elihu Deering. I have not found much info on Mr. Deering other than he seems to have been involved in timber and lumber. The Deering name is still involved with lumber to this day.

Sometimes function gets in the way of form. Not really sure if that second story door is original as it seems to be in complete opposition to that graceful arch. The tax photo of 1924 shows it there but it just seems out of place. The arch form would become a statement of the style. While classical in its shape, the scale and proportions are decidedly renaissance.

The essence of the Federal style is a highly developed sense of proportion which is best seen in this end view. The scaling of the door and decorative ellipse above balance each other and reduce the feel of the open wall.

The siding, however dilapidated, tells a story on the age as well. The front shows a ‘lapped’ siding that, when painted properly, would have reproduced the look of stone. The end wall is covered in clapboards with a tight exposure and overlapped, or ‘skyved’, joints. Modern joinery uses a flat or ‘butt’ joint which tends to open and close with changes in weather. The skyved joint will move with the weather but, being overlapped, will not open up.

The structure has recently been given a coat of paint. As can be seen in the image above, absolutely no prep work was done at all so I would not hold much faith in the longevity of the job. The small ‘shed’ on the right end was not painted and the roofs of both structures appear to have failed several years ago.

The 1924 tax rolls list the owners as the Heirs of William Moulton. The building appeared to be well maintained. The current owner is Goodwill Industries. The value is included in the overall value of 71 High Street. That figure is $778,000.00