After the Civil War and the great fire, the center of Portland became increasingly commercial and many of the residential neighborhoods followed Horace Greeley’s advice and headed west. The wonderful neighborhoods of the West End were developed in this period. Another, perhaps less recognized, area is the Deering Street section in West Bayside.

One family that moved west was the Dotens. Ansel and Samuel Doten ran a steam planing mill and lumber yard on Cross Street in the 1870s. In 1873 they were listed as residing in Deering which at the time was not a part of Portland

In 1877, Elizabeth Doten, wife of Ansel, and Julia Doten, wife of Samuel, purchased the lot from Edward Preble. An 1881 transfer between Elizabeth and Julia mentions the house. A build year of 1778-79 seems appropriate stylistically. 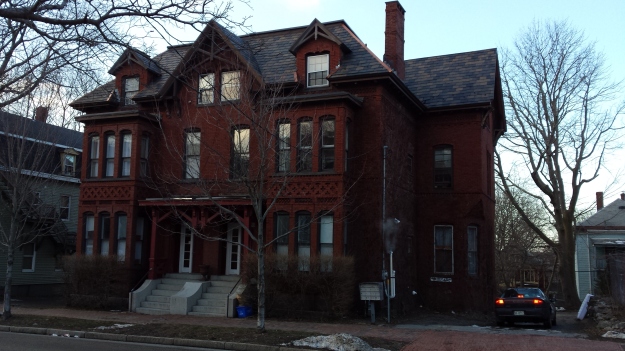 A 3 story building of brick, the house was built as a 2 family home seems to have remained as such during the Doten’s 66 years of ownership. The style is predominantly Queen Anne with some hints of the Stick style in the gables. With the current dirty surface and need of a pointing, much of the detail is reduced and, in some cases, practically invisible.

There are some fine examples of bricklayer’s art in this building. From the corbelled corners to the patterned frieze, the exterior is enlivened and a richness is added. 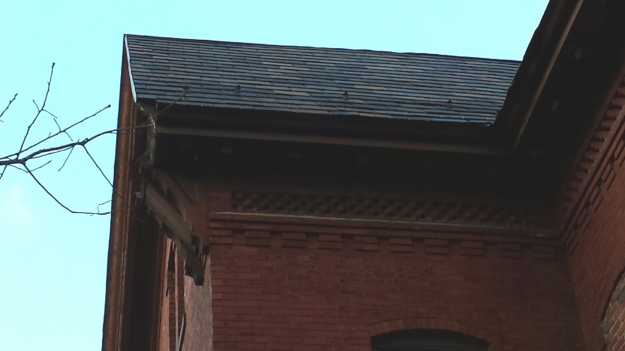 Alice and Adelaide Doten are listed as owners in 1924. The tax record cards for the properties seem to be incomplete. A sound value of $8000.00 is given for the building but there is no valuation for the land. There is also a lack of details of age, materials, and conditions. The family-owned several residential and commercial properties in 1924 along with a cottage on Great Diamond Island.

The property remained in the Doten family until 1943. It was sold to Emma Dubie for what seems to be a bargain, given the 1924 valuation, at $5200.00. The current ownership is under The East End Corp. The building is currently apartments.