The short block of Gray Street from Brackett to Winter is home to an eclectic blend of 19th-century houses in varying states of repair.

I, of course, am drawn to the house in the ‘worse’ condition.

It’s a classic Greek Revival form that is very common in the neighborhood. The bay is a bit out of character but very common for the period. 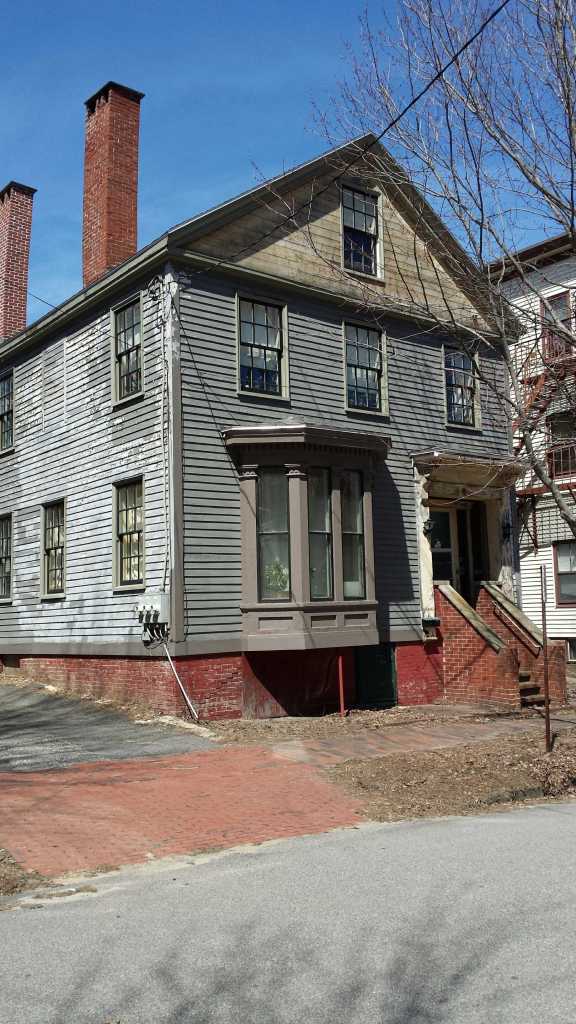 That period being 1845 or so. That’s about when Nathaniel Brown built the house. Brown had purchased the land from Alfred Adams in 1841. The deed from Nathaniel to George Emery in 1849 species land and buildings. I am splitting the difference between those dates. 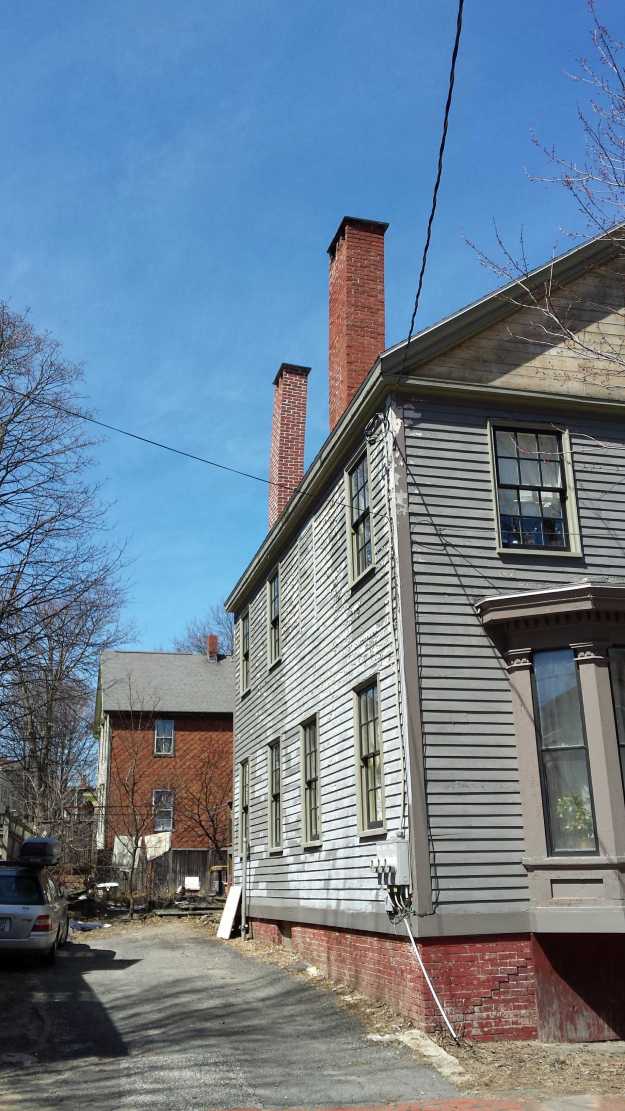 It’s a modestly sized building. Probably twice as deep as it is wide. The details are restrained and mostly limited to narrow corner boards and a deeply molded closed pediment.

The entry is a bit of remuddling. The tax photo shows a wider, more appropriate arrangement. Someone should have thought this one through a bit more prior to execution. A close-up of the front shows a nice iron fence as well. 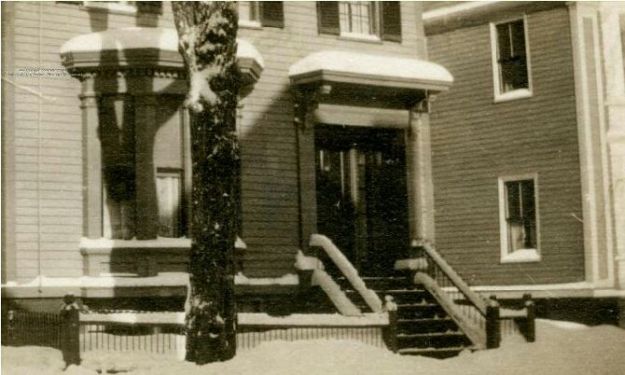 The house is badly in need of a paint job and the clapboards, which appear to be original, need some TLC. The rear ell looks to have had recent work done judging by the modern windows & house wrap.

The vent stacks in the main block look like PVC. This leads me to think the bathroom/s have been redone recently. The offset window may be a stairway. 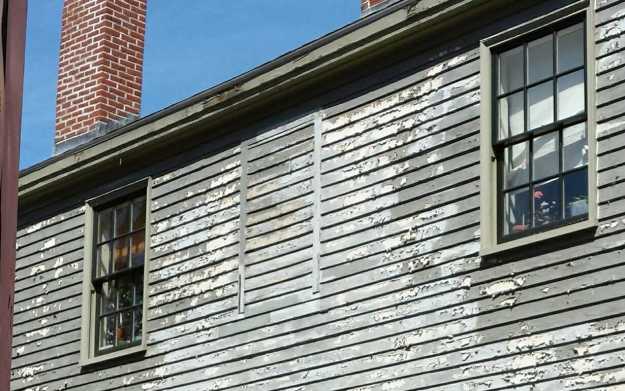 The ghost window on the second floor is interesting. I notice it was even funkier in 1924.

Lastly, under the heading of ‘things that make me go hmmm’, we have that bay window. A casual observer would possibly note the iron pipe supporting the outer edge of said bay. Odd enough in itself as that’s quite a point load on a narrow support. A look deeper reveals an even odder arrangement. 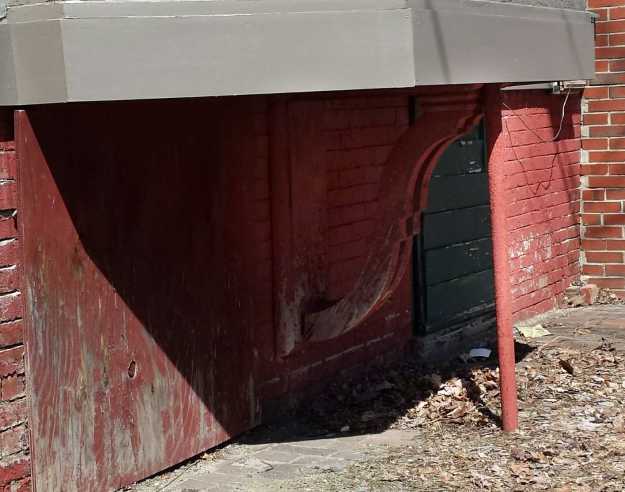 Are those piano legs? Someone with a scroll saw went to town on the brackets. Or they were bought off the shelf. Either way, an interesting riff on a simple bracket. Makes one wonder about the structural condition of the bay.

The house is currently listed as a 2 family.