A substantial Colonial Revival in the Woodfords neighborhood

From its perch on a knoll above the crest of Coyle Street, 118 Beacon Street commands one’s attention even from the distance of Forest Avenue. It is a substantial house in its own right but. up on the knoll like that, it is almost looming over the street. It does make for an impressive entrance. 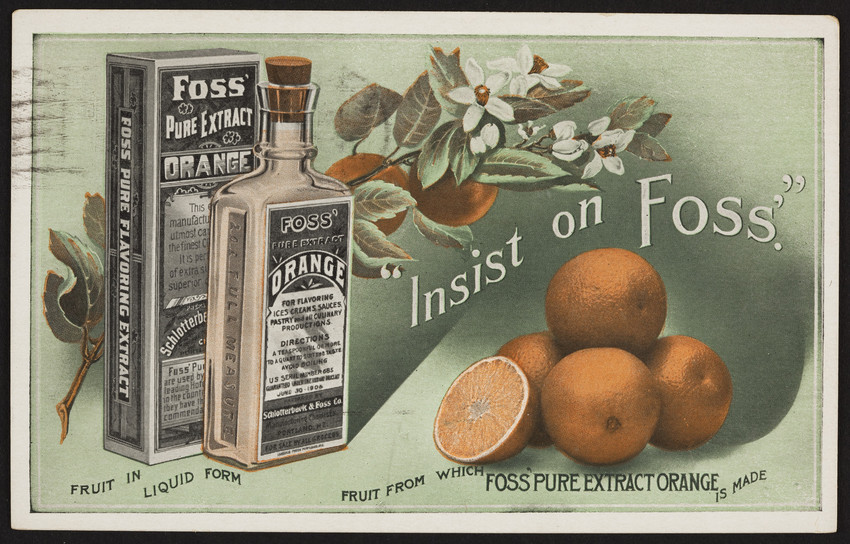 For the design of their new home, Charles and Carolina, ‘Cara’, Foss went to the office of John Calvin Stevens. They had purchased the land in 1891 from a confectioner/restauranter named Leonard J Perkins. By that time they had 2 children, Clifton and Dorothy. Why they waited 4 years to begin construction is unknown. What Stevens provided is a house measuring 53″ on the street and 38′ deep. At 1800 sq/ft per floor, it is a big house for 2 adults and 2 children. The Foss’ had arrived. 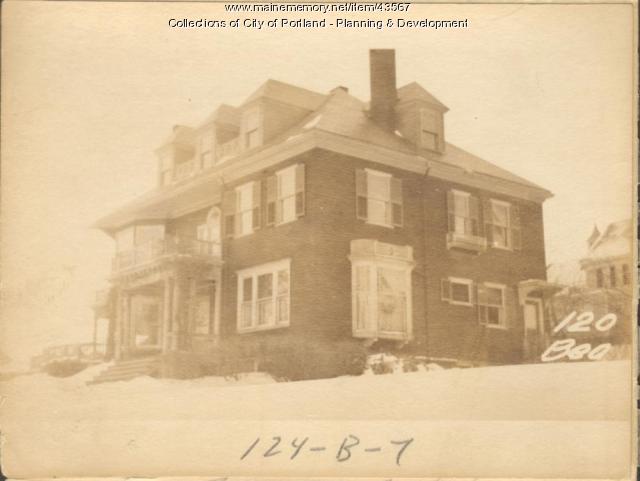 Clifton Foss joined the firm of Schlotterbeck & Foss and worked his way up to President of the firm. Dorothy married Ralph Owen Brewster in 1915. Brewster was a Republican politician who served as Governor, US Senator, and US Representative and the ’20s, the ’30s, and the ’40s. Cara Foss died in 1921 at the age of 60. Charles lived on at 118 Beacon Street, with various servants, until his death in 1934 at the age of 76. Clifton and Dorothy sold the property in 1936.

When Charles Foss’ children sold 118 Beacon Street after his death in 1936, the purchaser was a shoe store owner named Fred Purinton. He owned the property for all of two days before selling it to James & Georgia Barlow. James Barlow was the Portland City Manager. The Barlow’s had two children who were in their late teens when our subject was purchased. They lived here until 1946 when a physician named Joseph Ham and his wife Opal purchased it and moved in. Joseph died in 1952 at which time Opal inherited it. She remarried in 1953 and continued to live in our subject until 1975.

118 Beacon Street is a single-family residence. It is owned by a former World Bank economist and his wife. The condition is excellent.