Welcome to West End Walks.
From an architectural history standpoint, the West End of Portland is a fine place to see the various style that were popular in the late 19th and early 20th centuries. Mostly expressed in residential architecture for the professional, the building stock ranges from 3 story row houses built in the ‘brownstone’ style to high end mansions of incredible grandeur. Add in tree lined streets and mostly level terrain, it gives itself to some wonderful strolling for the lover of buildings
Let’s go for a stroll and see what we may encounter. Shall we?

Tile roofs are a rarity in Maine. That alone is usually enough to catch the eye of the stroller. Our subject this time has the added benefit of being from the cities best known architect, John Calvin Stevens. 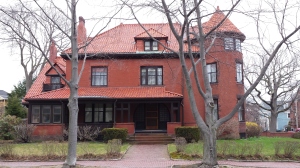 Thomas Street traces a bent 2 block path from Spring to Pine Streets over it’s 2 block length. On the Spring street, we are welcomed with a transitional, hybrid Colonial Revival-Arts & Crafts home in brick. Showing a Queen Anne style turret, brownstone lintels and dark trim, it also presents us with a wonderfully arched entry and simple trim details of the newer, less ornamental style.

The colors of the tiled roof and brick walls seem to flow like water down the building with the flow only broken by a line at the eve line of the roofs. These 2 dark bands give definition to the levels within while not surrounding the structure with a hard belt line. The progression of size and ornamentation from the door to the dormer speaks to the Colonial Revival, which we will see is well represented in the West End
The thin muntins and large panes in the windows show that Stevens was looking at the new Arts & Crafts style that was starting to gain popularity in the country. The band of windows and simple post work of the porch add to the ‘newness’of a more traditional form that is suggested by the use of tile roofing.

Here is a photo of the house from the 1924 tax rolls. It was owned by a Harry Butler at the time. Mr Butler was a director of the Portland Rail Road Line. The building was valued at $9800 and the land was valued at $4100.

PS 5.25.15. I have located a pen and ink of the Butler house by Stevens. From Maine Historical Society. 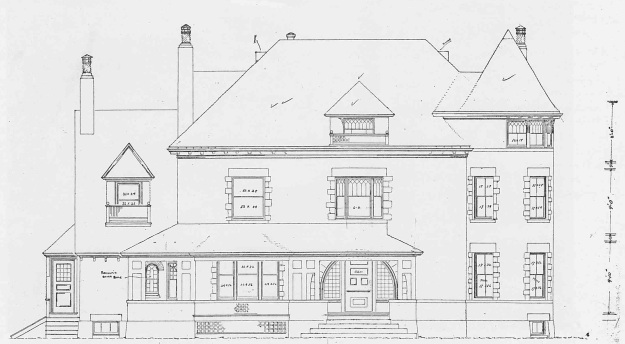 Next up is 33 Thomas Street. A lovely duplex in the Stick style. 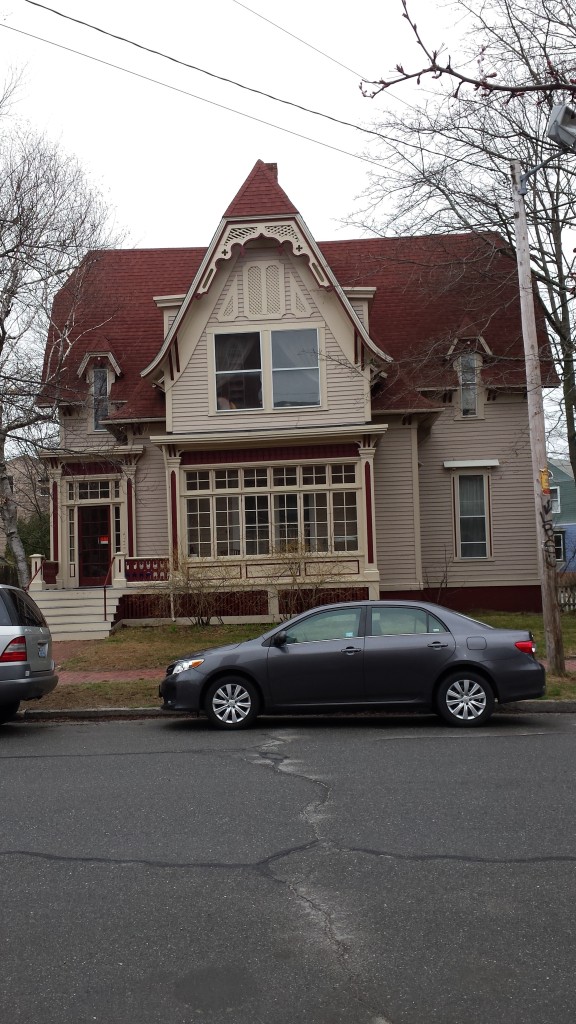 Nicely maintained with a great palette of colors, it has several of the features that define the stick style such as the detailed rake boards on the projecting bay, the sloping ‘roof’ over the window on the right and the brackets at the eaves. Your author feels the use of architectural shingles is not in keeping with the style. A simple 3 tab would be preferred as it is more in line with the original roofing. 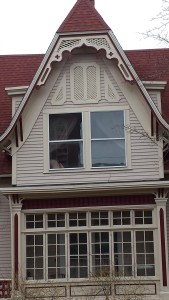 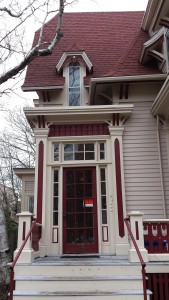 Our last building for this visit is the double house at 19 and 21 Thomas Street. Known as the James M. Waugh Double House. 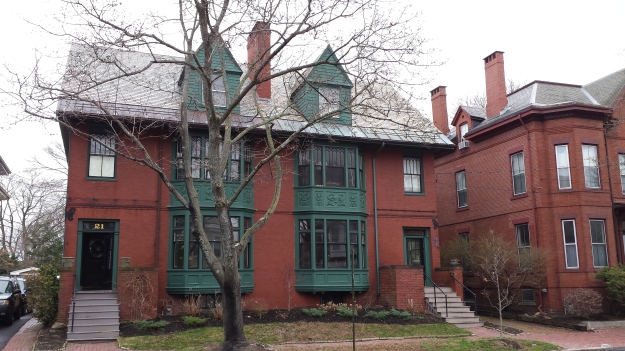 Another John Calvin Stevens design, this form was regularly utilized, with some variation, by the architect for buildings all over the peninsula. A brick structure in the Colonial Revival style, 19_21 Thomas displays Steven’s ability to avoid excess detail whilst allowing for some flair in the handling of the second story bays and the iron plates at the corners. A strong belt course acts to break the surface and reduce the feeling of mass. Well maintained, the house still exudes a confidence without being over the top. 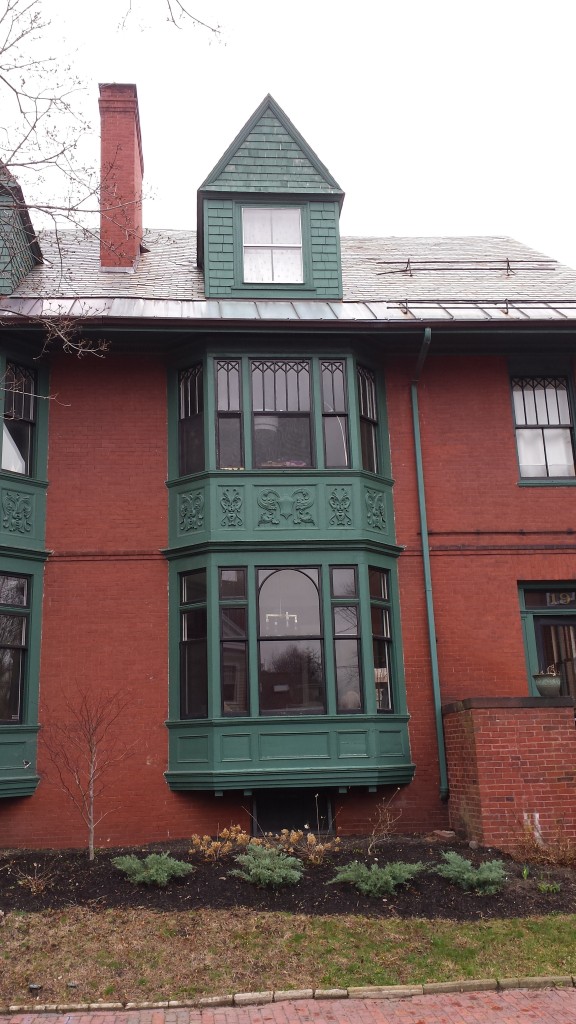 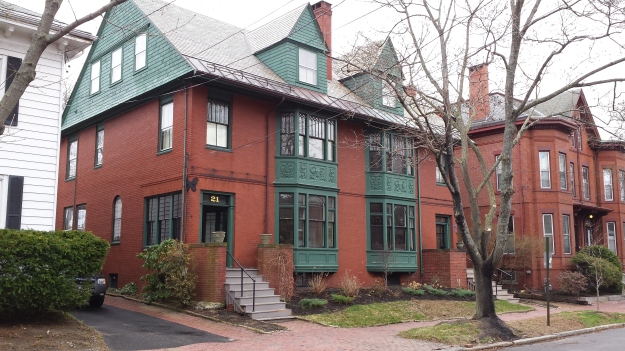