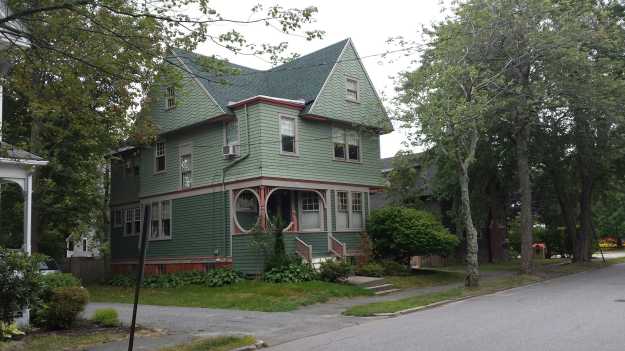 A nicely detailed and well-preserved Queen Anne in the USM neighborhood.

Albion Wilson was born in Topsham Maine in 1842. His early years are a mystery. The 1860 census showed him living in Topsham with his parents. He married Lunette Porter in 1877. They and their one-year-old son Frank were in Lincoln Maine in 1880. Albion listed his livelihood at that time as a ‘druggist’. He acquired most of the land for our subject from his father Jesse in 1890. In 1894 he purchased from the Deering Land Company a sliver of land a mere 12 feet wide abutting the north side of his property. No reason is given for this purchase but my suspicion is he needed the extra width to allow him to build the house he planned while maintaining the required setbacks. The parcel of land is visible on the current tax maps due to its odd size relative to the remainder of the lot. 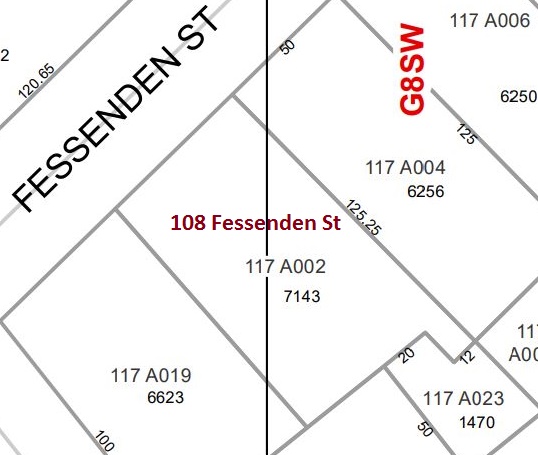 Alice Hall purchased the land and house from Albion in 1905. Wilson by this time was living in South Portland. Alice and her husband Lincoln would raise their son Lincoln Jr in the house. Lincoln Sr died in 1926. Alice remained in the house until 1942. 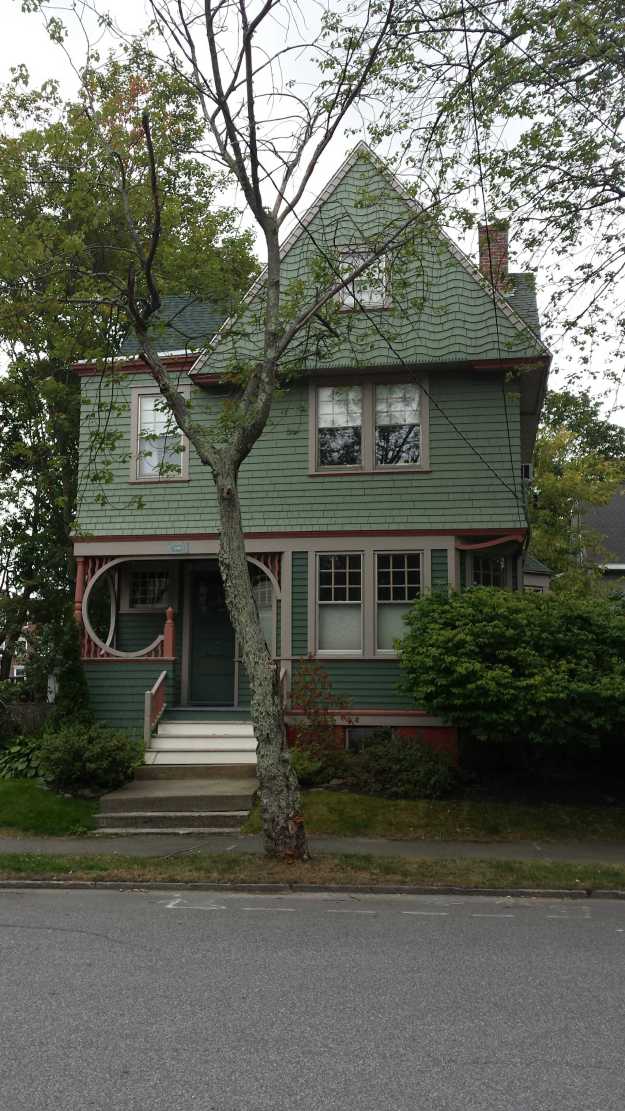 The house is a very well proportioned cube with a nicely scaled cross-gabled roof capping it off. There is a two-story ell projecting from the back. It has almost every detail on the Queen Anne checklist.

The drive facade displays a handsome bay and well-scaled gable above. An interesting twist in the panel between the gable windows in the use of shingles laid in a common pattern. It is a bit of a shame that the original barn seen in the tax photo has been replaced with a no doubt functional but aesthetically unpleasing garage at the back of the lot. The original looks like it was a gem. 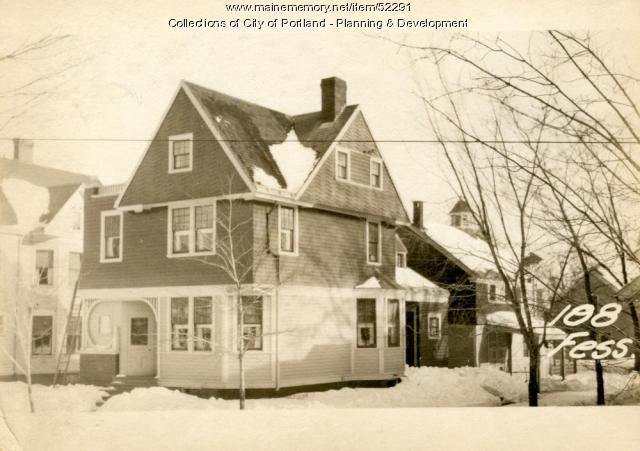 Alice listed her residence as Evanston Illinois when she sold the property. In 1944, the last time she appears in the registry of deeds, she is a resident of Portland once again. Alice was 102 years old when she died in 1984.

The tax photo also reveals a positive change to the house. The entry porch was enclosed. A door ran from just behind the middle post over to the corner of the right and wall. Whether or not this was original seems debatable. The current arrangement is much more appealing. The same cannot be said for what greets us when we cast our gaze upward.

Houston, we have a problem.

Was it a converted porch? Was it a porch roof that was converted? My guess is the porch roof. Either way, it isn’t pretty, and judging from the differing trim and the left-hand window having an unfortunate incident with the gable return, not original to the building. It was there in ’24 so it was an early change. Regardless of when, why, or how, it deserves the ‘remuddling’ badge. 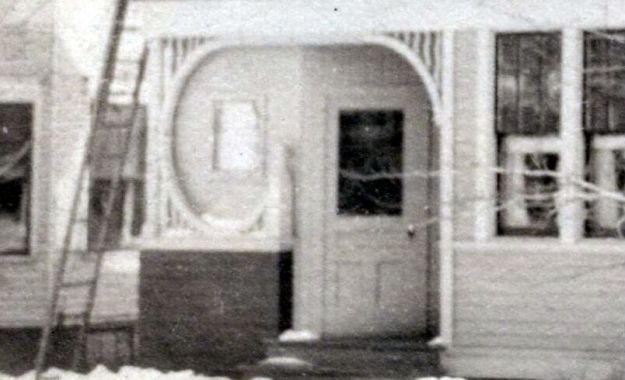 The property was purchased by Horace and Dorothy Yarrington. They were from Rutland Vermont and had come to Portland after 1937. They sold to Daniel & Hattie Storer in 1954. Daniel was born in Anson in 1923 & Hattie in Knox in 1922. In 1977 they sold to Richard and Margaret Lauck. On the deed, Hattie and Daniel are said to be residing in Augusta and the Laucks at 108 Fessenden Street.

The Laucks divorced in 1985 with Richard retaining ownership of the house. He sold to a couple in 1994 who divorced in 2000 at which time Caroline Allen retained ownership. She sold in 2001.

The home would change hands two more times before being bought by the current owners in 2015. It remains a single-family residence.