A peculiar Greek Revival between Winter and Brackett Streets

Asymmetry is not a common attribute of the Greek Revival style. In its purest form, the style was rigid and had to conform to strict rules of proportion, symmetry, and scale. These rules were known as the ‘Orders’. Our subject at 64 Gray Street throws all of that aside. Although the windows of the main facade are arranged symmetrically, they are oddly off-center. The dramatic height of the first-floor windows and somewhat naive details of the first and second-story windows are confirmation of the Greek Revival heritage of the design. The entry at left is not original to the building but we will delve into that along the way.

The land in this area of Portland had been held since colonial times by the Brackett family and the deeds for our property speak of the ‘Brackett dower”. Joseph Holt Ingraham was an early promoter of the development of the neighborhood in the first few decades of the 19th century. Ingraham sold the land for our subject to Joseph Poland, a Portland mason, sometime prior to 1825. We know this because, in February of 1825, Joseph transferred the property to Benjamin Poland, a mason from Standish Me, and the deeds state the “property which I purchased from said Mr. Ingraham”. The actual deed between Ingraham and Poland does not appear at the registry of deeds. The Poland family, Benjamin, Joseph & William, all masons, would transfer the land amongst themselves for the next 20 years before selling to a joiner named Nathaniel Brown in 1846. Brown held the property until 1854 when he sold it to Pamela AS Dearborn.

Pamela Augusta Sophia Gilman was born in Hallowell Maine in late September of 1799. Her mother, also named Pamela Augusta, was the daughter of Revolutionary War hero and confidante to George Washington, Henry Dearborn. Her father, Allen Gilman, was an attorney who would become Bangor’s first mayor. Pamela the elder died one month after giving birth at the age of 25. Legend has it that Augusta Maine was named in her memory. Pamela the younger married her second cousin Greenleaf Dearborn in 1822. Even in the early 19th century, life & love was ‘complicated’. It’s worth noting that Pamela had a cousin and a second cousin, both named Julia, who married the Clapp brothers, Charles Q and Asa WH. 2 of the wealthiest men in the city. As Charles was an ‘amateur’ architect and given his proclivity towards the Greek Revival, it is not beyond possibility that he had a hand in the design and construction of our subject.

The lot Pamela purchased in 1854 measures 40 feet by 70 feet. In 1857, she purchased 15 additional feet on the Winter Street side of her lot from a builder named Robert Evans to get to the current 55 feet. It appears that her house was built on the property line as the deed states the 15-foot section begins at “her cellar wall”. The house is pushed to the Winter Street side of the lot so it’s not hard to imagine the original line being ‘lost when the house was constructed. 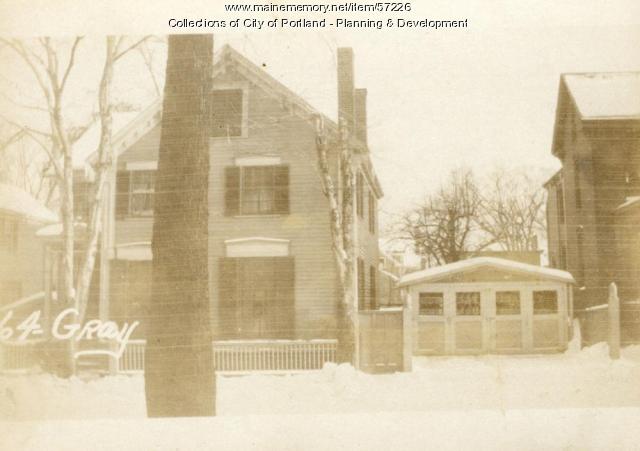 Pamela and Greenleaf had 4 children. Pamela in was born in 1823 and died in 1826. Charles was born in 1825, Emily in 1829, and Annette in 1833. Greenleaf was a commissioned officer in the US Army. He served in the War of 1812 and was issued the rank of ‘major by brevet’ for meritorious service during the Seminole Wars. He was a Lt. Colonel when he left the service. He died in 1846 at the age of 60 from, his wife claimed long after, malaria contracted in the swamps of Florida.

Pamela Dearborn died of ‘old age’ in 1880. She was 80 years old. She had passed 64 Gray Street to her youngest daughter, Annette, in 1868. Annette had married Charles Harrod Boyd in 1858. Charles was the son of William, an attorney, and Susan Harrod Boyd and was born in 1833. He graduated from Brown University and joined the US Coastal Survey. He would serve through the Civil War and produced some very detailed battlefield maps. He also worked on defensive emplacements and surveys of the Mississippi River. After the war, he would be involved in founding one of the earliest veterans organizations that sprang up. The Boyds lived in our subject through Annette’s death in 1910 and Charles’ in 1919. Their heirs sold the property to William Phillips in 1920.

The left segment of, and much of the trim on, the house is from a later date than the right side. My suspicion is it was done during the Boyd’s residence. It must have been between 1882 and 1886 as the Goodwin Atlas does not show the cross-gable or east projection but the later Sanborn Insurance map does. When the cross gable and left side addition were built, the roof may have been raised to match and the right side was extended to account for the new roofline. That the windows were not moved may seem odd but if the original section was built in the older ‘post and beam’ or ‘timber framed’ manner. Unlike modern ‘stick’ construction where such changes are relatively easy, timber framing would have required a substantial amount of work to move anything. Perhaps the Boyd’s determined in was not necessary.

The trim, namely the brackets and portico, are Italianate. The bay window on this side has some unique trim with panels above the pilastered corners and simple cross patterns in the frieze. The cornice, devoid of brackets, projects substantially from the wall line. The diamond pattern on the corner pilasters of the main block is something that pops up here and there in Southern Maine and was most likely available from a catalog as were the brackets.

William Phillips was born to Irish immigrants in Boston Massachusetts around 1856. The exact date of his arrival in Portland is cloudy but it was probably 1878 when his mother, Jane Phillips, purchased a house at 66 Lancaster, then Lincoln, Street from Sylvanus Merrill. William married Ella M Young here in 1891. They had 2 children, Addie and Ida, before divorcing in 1895. William might not have taken the divorce well as he would list his marital status as “married’ until the 1920 Census when he changed it to “widowed”. He and the girls lived in the Lancaster Street house owned by his mother. He worked for many years as a lineman, then foreman, at the Cumberland County Power and Light Company. Jane died in 1902 but the family, William’s 2 widowed sisters were living with them by this time, would stay there until moving to Gray Street in 1920. Even then, they retained the Lancaster Street property until William died in 1930 when it was sold. Gray Street was sold by Addie and Ida in 1934. 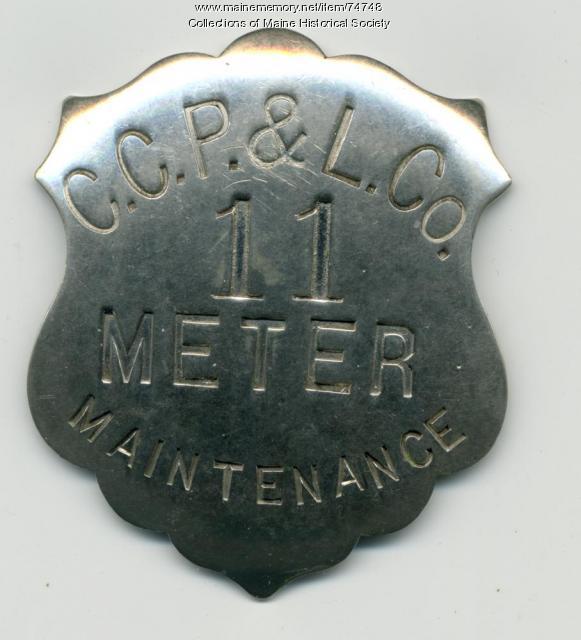 Our last look at the residents of 64 Gray Street is in 1963 when a retired house painter named Fred Steele owned the property. He had 6 people living in the home. The city directory lists them by room number.
1. Fred Steele
2. George & Lorraine Towns. George worked for a paint & decorating company on Avon Place.
3. Mrs. Eleanor Clark. The directory says she was the widow of Kenneth P Clark but I cannot find anything about them. She did have a private phone. # Spruce3-6312.
4. Mrs. Alice Proctor. Alice was employed as a secretary at Mercy Hospital. She had married a Bert R Proctor in 1929 but, much like the Clarks, there is not much more information about them.
5. Mary Hall. Again, not much information. Born Mary Locke in 1929, she married John Hall in 1951.
6. Kenneth Rowe. Kenneth was a draughtsman at the Portland Copper and Tank Works on Second Street in South Portland.
7. Frederick & Mary Walton. Frederick was a foreman at the Peacock Canning Company on Brown’s Wharf. Peacock had a large operation in Lubec. This was probably a much smaller concern.
8. Dennis Shaw. Dennis was listed in the directory as a seaman.

64 Gray Street is currently listed as a single-family home but its current use is as ‘governmental’ as the property is owned by Maine State Housing Authority. Condition is fair.