A well maintained Queen Anne in the Oakdale neighborhood

“To understand is to perceive patterns”
Isaiah Berlin

They say humans are tuned to look for patterns. Driving through the Oakdale neighborhood, the astute observer will start to see patterns in style appear in the housing stock. Many houses share common forms and features although they are often assembled in unique arrangements. They are unique but somewhat similar at once. Our subject is one of these houses. For me, it was instantly familiar. With its accentuated details, high pedestal, and tall gable, it ticks all the boxes for Marks and Earle. In this case, just Marks.

Arthur Marks purchased the lot for our subject from Mrs. Orissa Barnard in 1897. Orissa had inherited it from her late father Cyrus Greene in 1893. Greene was a merchant who mostly handled produce out of a space on Moulton Street now occupied by Mexicali Blues. Cyrus had filed a plan in 1891 to develop the block now framed by Ashmont (then Chestnut), Linden, Longfellow Streets, and Deering Avenue. Included in the plan was Cottage Street. Our subject sits on the southwest corner of Ashmont and Cottage and encompasses lots 3 and 10 on the original plan. Arthur Marks purchased another lot in this group in 1898 but that’s another story.

I often wonder if Marks and Earle used the services of a professional architect or did they use plan books. I suspect the latter. This is due primarily to their reliance on the same forms and details in so many of their houses. Here we have a broad, deep porch with colonial revival columns. Above this is a decorative balcony with an oversized dormer attached. The dormer windows are diamond-paned and above them is a full entablature supporting a highly decorated panel in the peak of the dormer. A smaller dormer at the third story level also breaks the sweeping plane of the roof.

Marks was most likely already constructing, if not finished, our subject when he purchased the property. I surmise this because his deed from Mrs. Barnard is for the land but Marks’ deed to Marshall & Josephine Purrington, dated 14 days later, is for land and buildings. Even today, that would be a challenging, if not impossible, timeline.

Marshall and Josephine Purrington married in Bath Maine in 1980. They were both 30 years old. Marshall had grown up in Bowdoin and Josephine in Bath. They had 2 daughters one of which died in infancy. Marshall worked as a cashier for the Chapman National Bank in the Oxford Building on Middle Street. Sadly, Josephine died of tuberculosis in June of 1901. Marshall sold our subject in May of 1902 and moved to Cumberland Avenue. In 1903, he married Josephine’s younger sister Angela. The purchaser of 70 Ashmont Street in 1902 was Fred J Chipman.

Fred Chipman was from Raymond. In 1894, he married Mattie Manchester of North Windham. They had two children, Phyllis and Helen before Mattie died of tuberculosis in 1899. Fred then married Addie Cram, who was also from North Windham, and only 18 years old, in December of 1902, 5 months after he purchased 70 Ashmont Street. They had 2 children, Gladys in 1907 and Fred Jr. in 1910. Phyllis Chipman died in 1913. Helen married Murdoch Maclean in 1923. Gladys married Herman Dobson in 1934. Fred Jr. married Lucia Gardner in 1941. 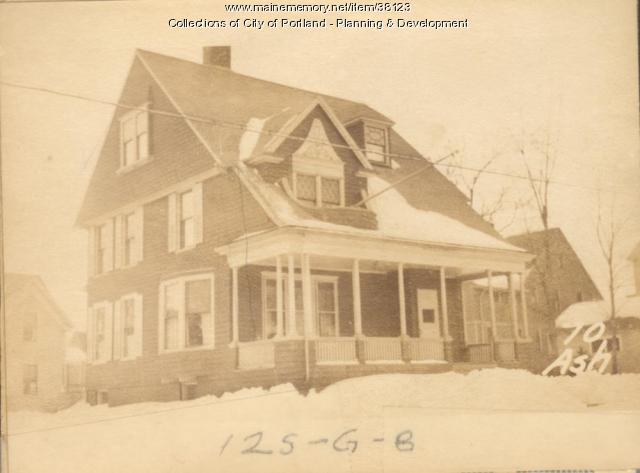 Fred Chipman was a dentist by trade. He kept an office in room 31 of the Durant Block on Congress Street for many years. He was also something of a musician. He played the cornet in Chandlers Band, a local military band founded in the 1840s, was the assistant band leader for the Maine National Guard Band as well as appearing in sacred and secular concert performances for many years. 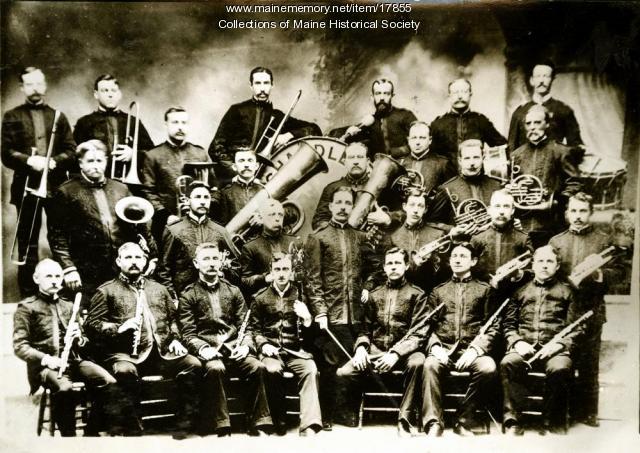 Chandler’s band in 1898. Fred J Chipman is 2nd from the left in the second row. MaineMemory.net

Fred and Addie Chipman lived at 70 Ashmont Street until 1942. Fred died in 1958 and Addie in 1964. They sold the home to a salesman for the H J Heinz Company named Roland Clark and his wife Grace. They were both from Fairfield and had married in 1901. They did not have any children. Rollin died in 1969 at the age of 89. Grace sold our subject in 1972 and would live to the age of 106, dying in 1984.
70 Ashmont Street is currently listed as a single-family residence. Condition is excellent. Its owners are a photographer and painter.