A charming Italianate in the East Deering neighborhood

“The farmer’s last crop” is what some call it when a former farm gets divided for housing. It’s a lament we hear today. One wonders if it was heard in the 1860s. The land running from the ridge on which Ocean Street passes down to the Presumpscot River had been farmland with boatyards dotting the immediate shore for over 50 years. Some development was to be found around Tukey’s Bridge as well. 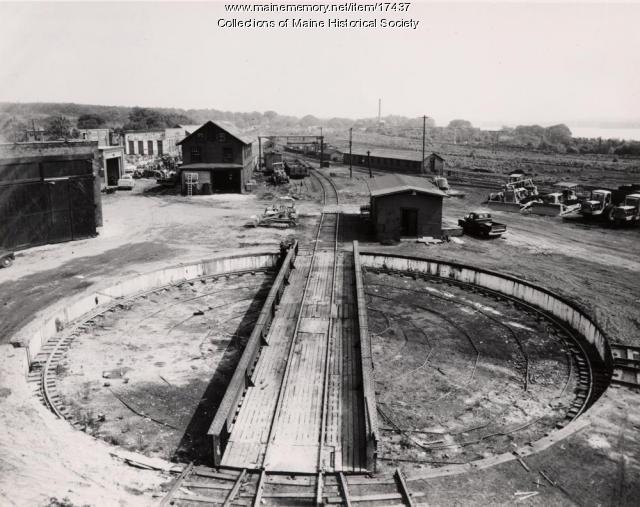 Turntable at the Grand Trunk yards on Presmpscot Street. 1956 MaineMemory.net

The coming of the railroads in the 1840s affected the neighborhood as the St. Lawrence and Atlantic cut its way north through the village and later when the Grand Trunk, which leased the SL & A for 99 years, built an equipment and freight yard on the County Road, now Presumpcot Avenue. This particular area had been farmed for many years by the Lunt family. In fact, the nearby intersection of Washington and Ocean Avenue has long been known as Lunt’s Corner. Our subject was on property farmed by Peter & Mary Lunt. Mary was the daughter of William and Mary Slemmons and grew up at 17 Garrison Street in Stroudwater. Peter Lunt died in 1861 at which time Mary started to divide and sell land from the farm.

Humphrey Cousens purchased a substantial lot from Mary Lunt in late September of 1861. He subdivided his purchase and resold the lots. Our subject lot was purchased by Irene Hamblen in September of 1864. Interestingly, the deeds for Cousens’ purchase and sale of the property reference a street plan laid out and, supposedly, filed in 1861. The plan in question was not officially filed with the registry of deeds until Mary’s death in 1867. Also, the lots listed, 7 & 8, do not correspond with the location of 129 Sherwood. As Yul Brenner said, “It is a puzzlement”.

Irene Hamblen was born Irene Lunt and was most likely related to Peter and Mary in some way. She and William Hamblen had married in 1854 and were living on Atlantic Street when they purchased the property for our subject. William was a mason by trade so we can surmise he did all the brickwork involved in building our subject. By the time they sold the land and home to John N Ladner in 1872, they were living in Boston. I don’t think the Hamblens lived in our subject but built it for income purposes.

What was built is a simple 2 story cross-gabled block with a square ell on the rear. The entry is inset into the southeast corner of the main block. Details are restrained and limited mostly to the entablature, first story bay window, and entry. The shingles currently covering the exterior are too busy and have too much exposure for the style. Clapboards with a modest reveal would be more appropriate.

John Noble Ladner was a native of Prince Edward Island, Canada. He had immigrated in 1849. He married Lizzie Hamilton, an émigré from New Brunswick, Canada, in 1859. John was a ship joiner by trade which makes their choice of neighborhood understandable. Much of the shipbuilding trade of Portland had moved to East Deering & Cape Elizabeth after the Great Fire of 1866. There would have plenty of work available within walking distance of the Sherwood Street home. John also dabbled in carpentry as well. In August of 1882, he won a contract to build a ‘contagious disease’ house on the grounds of the Marine Hospital on nearby Martin’s Point. Where this may have been located on the campus, or if it was built at all, is unclear.

In many ways, John Ladner’s life was much like many other mechanics in the late 19th century. He served on various committees. Was a long-time grand jury member and a founding member of the East Deering lodge of the order of Good Templars as well as being a mason. He was active in party politics, being named as a delegate to several conventions. His name appears on an 1898 petition opposing one Thomas Dyer’s proposal to build a slaughterhouse in East Deering. As I can find no record of any such facilities in the neighborhood after that date, I will assume it was not built.

In 1886, John and Lizzie’s only child Josie married Charles A Tuttle, a mechanic from Stoughton Massachusetts. They had daughter Edna the following year. In 1888, Charles died for unknown reasons. After that, Josie and Edna moved home. Josie would work as a waitress and clerk for the Rines Brothers department store on Congress Street for a couple of decades. 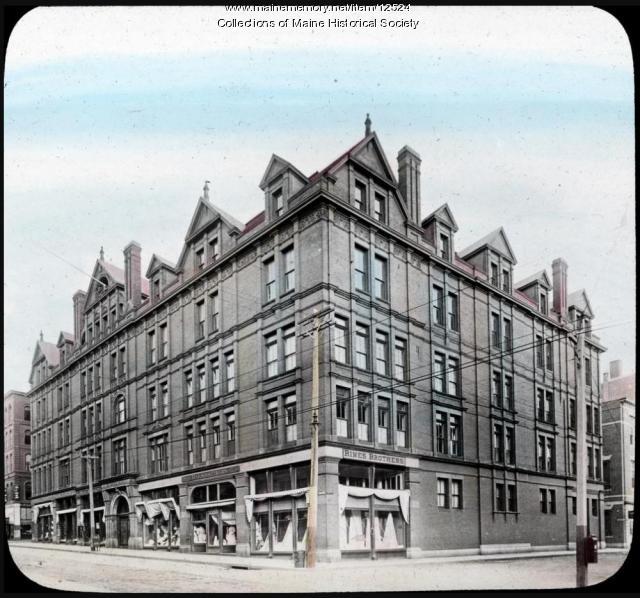 John Lardner died of complications from gastritis in July of 1909. Oddly, his name is on the 1910 census although this appears to be a cock-up on the part of the enumerator as “Jon N” is listed as a 77-year-old widowed female. It doesn’t take a rocket surgeon to determine that this is Lizzie, not John. Lizzie died of chronic bronchitis in 1919. Josie had died in 1916 although the circumstances of her death are not recorded. Her daughter Edna had married a South Portland electrician named Herbert Hatch a month before John Lander’s death in 1909. She died of complications from gastritis in 1913.

After Lizzie’s death in 1919, her estate sold the house at 129 Sherwood to the couple who had been renting the house at 131, Anders and Hannah Bruns. They were Danish émigrés who came to the US in the 1880s. They had 9 children. Anders was a cabinet maker on Holyoke wharf. He died of unknown causes in 1920. The Bruns family would remain in our subject until the death of the widow of Philip Bruns in 1986.

129 Sherwood Street is currently listed as a 2 family home. Condition is very good.