Sometimes you just don’t know what you don’t know. When I first wrote about our subject, I had no idea who built or designed it. I only knew it was, and still is, a little gem of a building. An astute reader noted the connection to F W Cunningham in the comments at that time. 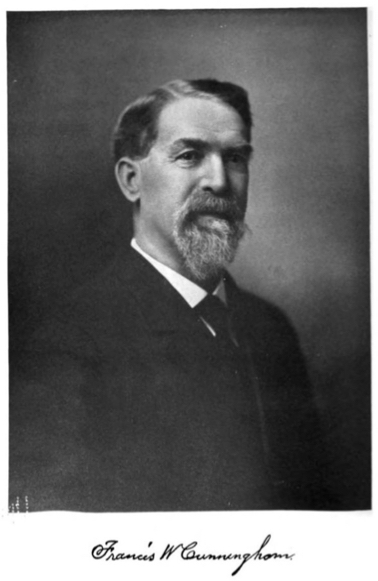 Francis William Cunningham came to the US from Ireland with his brothers and sisters in 1865. After starting out in Portland, Francis went west to California where he met and married Bridget McCguire who was also from Ireland and had grown up in the same area as Francis. They stayed in California for a couple of years before returning to Maine. On his return, Francis and his brother James started a contracting business. Francis and Bridget had two sons, John and Francis L. They lived on Smith Street prior to building our subject. 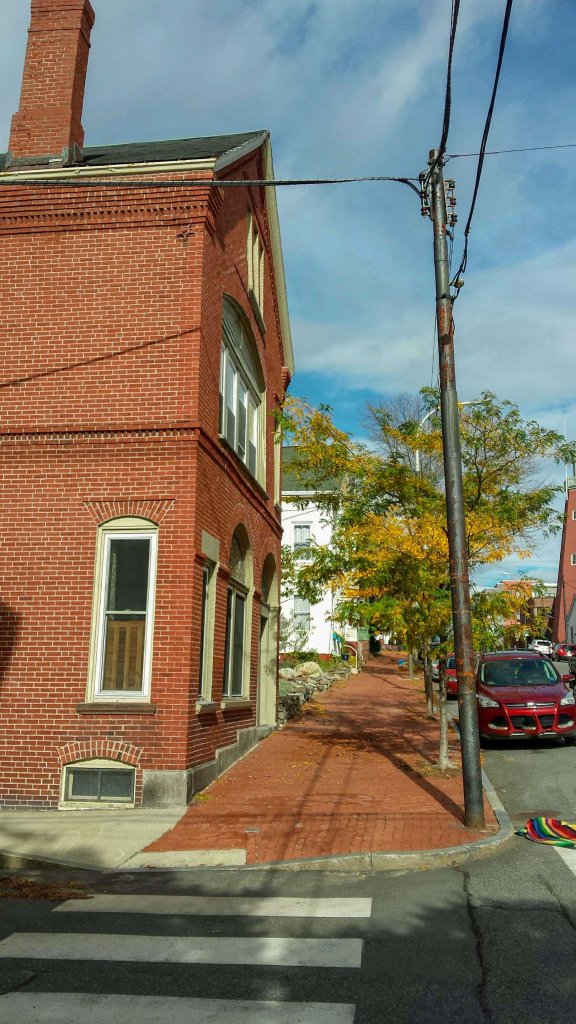 The house measures 26′ on the street and is 50′ deep. It is 2 full stories with the third being finished as well. The bricks are laid in a modified Running bond with a course in Flemish bond every 10 courses. The windows, other than those on the main facade, are set under compressed arches of brick. There is a strong beltline at the 1st-2nd story mark and that motif is repeated in the eaves of the main facade. A heavy entablature of corbelled brick runs the length of the sides. 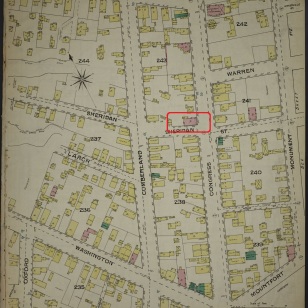 Francis Cunningham purchased to lot on the corner of Congress & Sheridan Streets in January of 1883. The registry of deeds index lists the seller as one James A Healey. The language of the deed itself notes the sellers as the aforementioned Healey and the Catholic Diocese of Portland.

James A Healey was the son of an Irish immigrant who had become a prosperous planter in Georgia and his slave. James Healey entered the priesthood after college and was ordained in Notre Dame Paris in 1854. He was ordained as the Bishop of Portland in 1875. Healey was the first black bishop in the US. 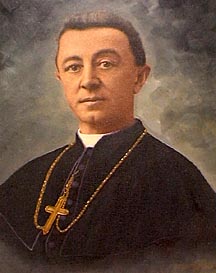 The design for 165-167 Congress Street is attributed to John Calvin Stevens when he was partnered with Francis Fassett in Fassett and Sevens. Given the dates involved, it was very late in the partnership as Stevens opened his own office in 1884. Stylistically, this makes sense as Fassett was much more of a Queen Anne architect than Stevens. Since 1880, Stevens had been running the firm’s satellite office in Pemberton Square in Boston. Also working out of Pemberton Square was William Ralph Emerson. Emerson was an architect who is often called the ‘Father of the Shingle Style’. Most historians attribute John Calvin Stevens’s move into the Shingle Style to his time spent in Boston. 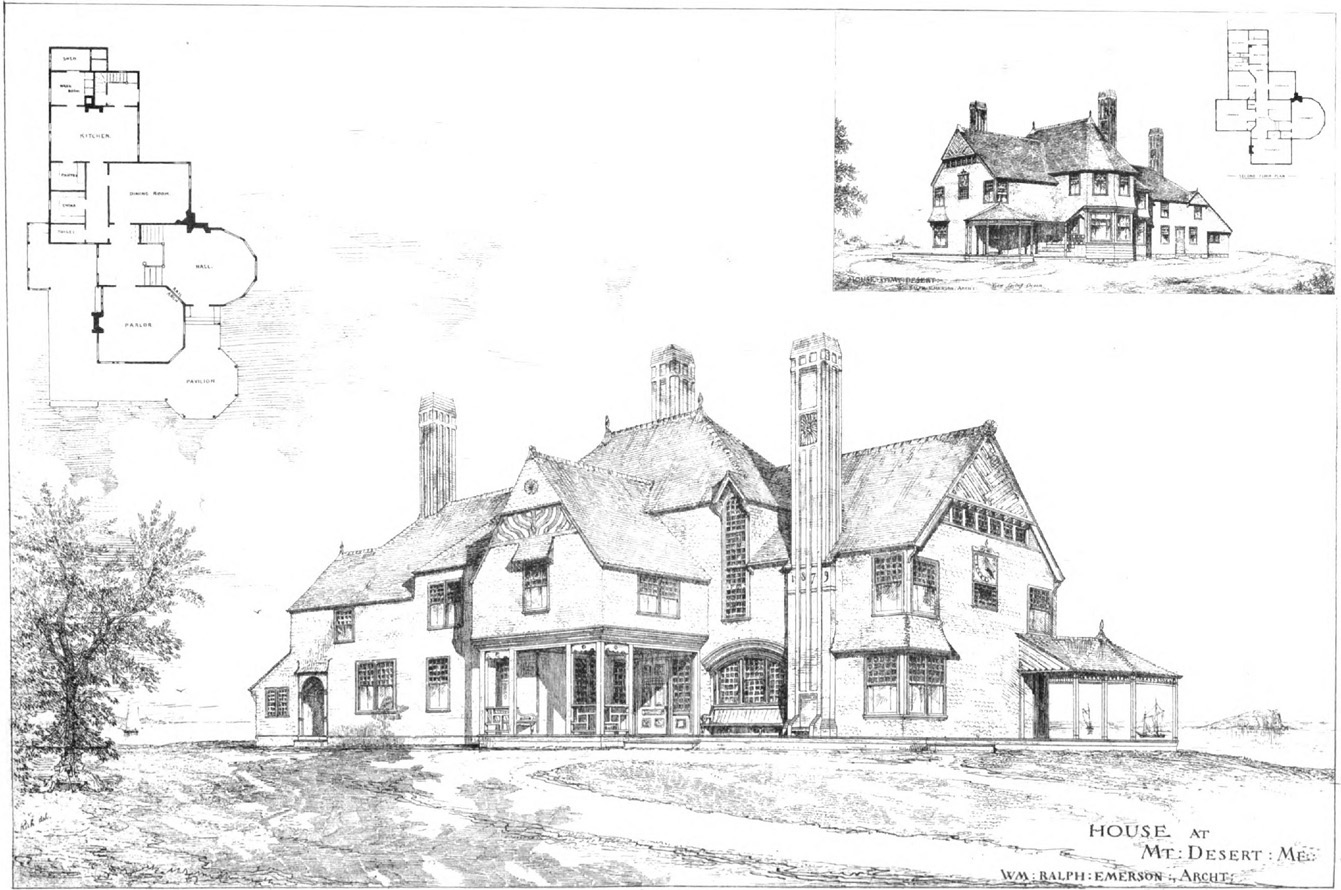 Francis Cunningham died in July of 1913. Bridget lived at 165-167 Congress Street until her death in 1915. in 1917 John Cunningham sold it to a pastry chef named James Kelly. The property was rented until one of the tenants, James & Alice McCarthy, purchased it in 1920. James was a watchman for the First National Bank on Exchange Street. The McCarthys were married in New Brunswick in 1882 when James was 18 and Alice was 17. Alice bore 9 children over the next 22 years. 4 of the children died before their 5th birthday.

The stained glass above the entries and the primary first-floor window are attractive and quite unique. Whether they are original or not is not clear but it is obvious they were there in 1924 as seen in the tax photo. Also notable in the 1924 photo is the bay window of the 2nd floor where there is now a flat window under the arch. I note that the brick arch above the entries has been painted since 2016. 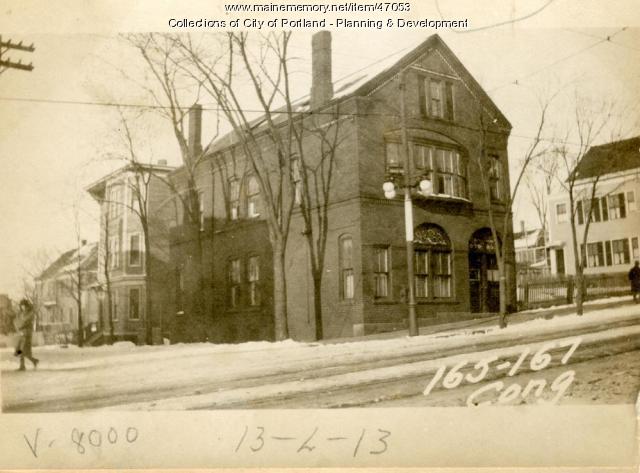 James McCarthy died in 1942. Alice died prior to that but when is not recorded but it was prior to 1940. In that year James and the children exchanged a series of deeds resolving Alice’s estate. In 1947 the property was sold to Emma Rando. Emma was married to a barbershop owner named Patrick Rando. She sold it to her mother, Mary Yanno, in 1947. Mary Yanno sold it to Alfred Waxler in 1949.

The single-story extension on the northeast side of the house is odd. It is most likely not original as the masonry is quite different than the main block. There was something here as the 1886 map shows a wooden structure where there are now bricks. The 2 story ell at the rear is from after 1924 as it is not shown on the sketch included in the 1924 tax card. 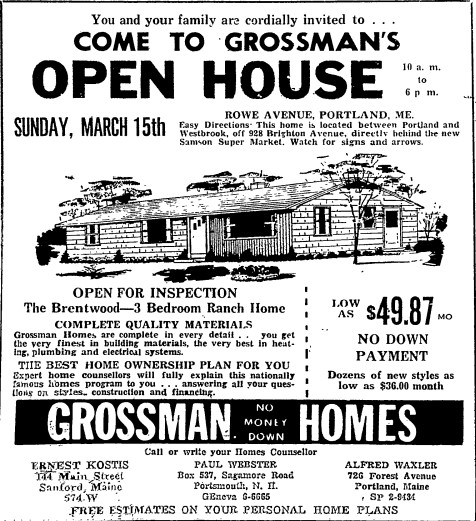 Alfred Waxler was the Maine & New Hampshire representative for Grossman’s Quality Crafted Homes. He worked out of the company’s store at 726 Forest Avenue. Alfred was born in 1925 and served in WWII. He had married Francis Lerman although I cannot determine when. They lived at 165 Congress until 1956 when they sold it to Jennie Roy. Jennie Roy only owned it until 1959 and I am not sure she lived here. An interesting note on her FamilySearch.Com listing states:

She lived on a farm, deaf for 10 ten years until the wax was cleaned out of her ears.

165-167 Congress Street has seen many tenants in its time. Some of them were:

165_167 Congress Street is listed as a 4-family apartment building. The owner is an LLC linked to a company that develops orthotics and other rehabilitation equipment. The condition is very good.