Built in 1875 for Artemus & Eliza Richardson

A handsome Italianate in the Rosement Neighborhood

Greater Portland Landmarks’ new plaques are a wonderful improvement over the originals. Instead of simply saying who built a building and when we now get context. Information on the builder’s life and vocation gives depth and, for the blog, something of a start to the story.

Artemus Richardson and Eliza Witham were married in 1868. Eliza was his second wife. His first, Elisa Keyes, died in 1860 after 7 years of marriage. They had 3 children, Flora, George, and Charles. 2 more children, Mary and Herbert were born to Eliza.

When Artemus acquired the lot for his home is not clear. As early as 1853, the year of his first marriage, he was buying and selling land in what was at the time, Westbrook. The family was living in Westbrook in 1860 and Artemus was selling lots in this area by then. Although this would seem to indicate that the house was ‘antebellum’ the aforementioned Landmarks plaque gives a date of 1872. So what gives? Well, a deed from 1870 for a 1-acre property in the area may be where the date of 1872 comes from. Without having the research notes used to determine the date, I will go with it as I trust the methods used.

Regardless of when they built their home, what Artemus and Eliza Richardson built was a substantial house as would be needed for a family of 7 with 5 kids between 4 and 17 years old. It measures approximately 40′ deep and wide and is 3 stories including the garret. The details are limited. Unadorned corner boards rise to support an entablature that itself supports paired scroll-cut brackets. The doors & windows have flat casings that support built-up cornices. The southeast and southwest first-floor facades have bay windows. The most interesting feature is the cupola near the crossing of the roofs.

It is a fascinating thing. The high gables add to the effect of the height while the windows open the mass of the structure up. The small brackets tie it to the main body of the house. Your author does wonder if there were issues with the height of the cupola and its proximity to the chimneys. 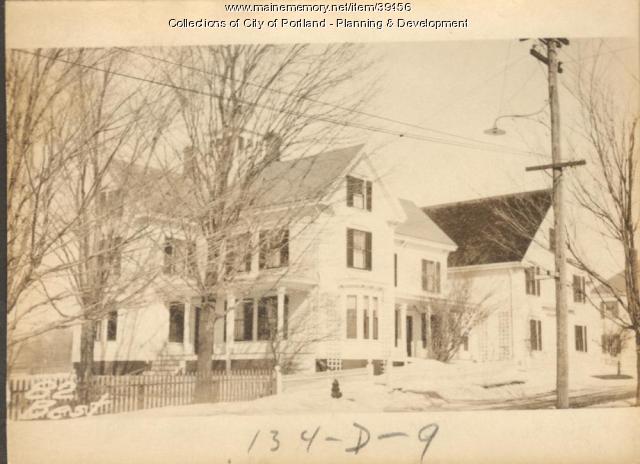 Artemus Richardson was a market gardener. As such, he would have sold his produce directly to the public. Whether that was directly from the house and barn or from a stand is unknown. The Poole map of 1886 shows what appear to be greenhouses on the corner of Best and what is now Brentwood Street. Could those have belonged to Artemus? He was probably farming the area that now encompasses Bedell & Newman Streets. But, he had plans for more.

In 1889 a plat plan for the area encompassing From Leland to Newman Streets and Leonard to Brentwood Streets was filed with the registry of deeds titled “Plan for Richardson”. It was drawn by EC Jordan Engineers in 1874. Obviously, Artemus had ideas for the future soon after remarrying. An interesting note attached to the registry filing helps to explain the 15-year gap.

Cumberland Registry of Deeds
This plan, in Book 4, Page 40, having been filed in this office several years ago, is now regularly entered for record on this third day of December A.D. 1889, at eleven o’clock and 5 minutes in the forenoon.

Artemus Richardson died in December of 1912 at the age of 84. In early 1913 7 deeds were recorded in which the various properties he had acquired over the years were dispersed among Eliza and the children. The last of the series gave the house and barn to Herbert. Eliza lived here with Herbert and his wife, Carrie, until her death in March of 1927 at the age of 87.

Herbert Richardson was Artemus & Eliza’s youngest child having been born in 1870. He was of an artistic mind and, according to several newspaper articles, studied at the Academie Julian in Paris. He studied painting and dabbled in photography in time learning the Lumiere Color method, now known as ‘Autochrome’. He and several other artists ran a studio and gallery on Congress Street where they displayed and sold their works and gave lessons.

One of the artists working with Herbert was a landscape painter from Portland named Carrie Imogene Eastman. Carrie was born in 1868 to a dry goods dealer named Briceno and his wife Martha. She and Herbert were in Bridgton for the 1900 census along with their partners Fox & Perry. They were boarding with a farming family named Adams. Herbert Richardson and Carrie Eastman were married on November 14, 1905. 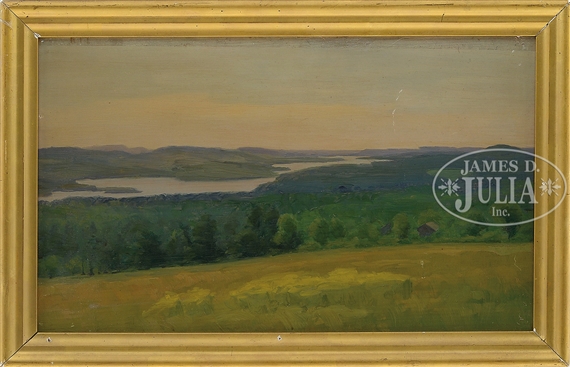 The barn on the Poole map appears to be the same one we see today at 84-86 Best Street. Nice to see it was saved when the property was converted to condominiums.

Herbert & Carrie Richardson lived at 80 Best Street through the Depression, WWII, and into the ’50s before Herbert died in 1955. Carrie sold the house the following year and move to Bar Harbor where she died in 1959. The purchaser of our subject in 1959 was Christian Kragelund. As we learned previously, Kragelund was a real estate agent with an office in Monument Square. He lived on Danforth Street.  In 1957, he sold the property to Milton and Barbara Huey. The Hueys were both clerks at the US Post Office on Forest Avenue. They were married in Portland in 1941. They lived here together until Milton died in 1972. Barbara lived here until she died in 1985 when it was sold and converted to condominiums.

80 & 82 Best Street are listed as condominiums. Their condition is excellent.