Storer Street, running a mere 500 feet from Spring to Danforth Streets, was something of a ‘ground zero’ for the residential works of Charles A Alexander. Here on Storer, there were Henry and Dependence Furbish’s homes. A block north on Danforth Street were the Spring houses at the corner of Emery Street. To the west, behind Henry’s house, was Theophilus Hersey’s estate, and farther west were Alexander’s own home and ‘Bramhall’. John Bundy Brown’s palatial estate. 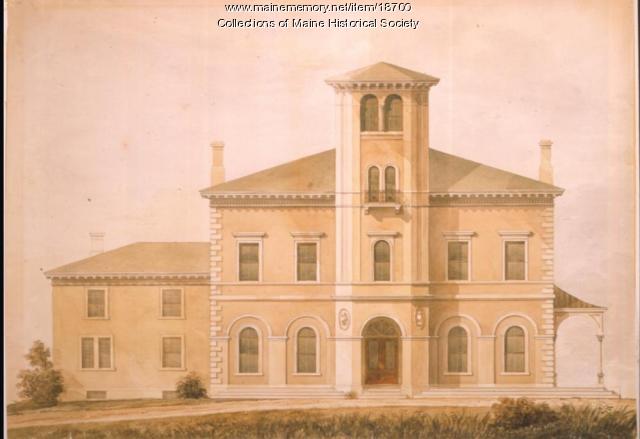 In my earlier look at Charles A Alexander’s residential works, I covered most of these buildings, but I missed one house, now lost. In my research on that house, I have ‘discovered’ 2 more homes in the neighborhood that I think may also be from Alexander’s drafting table. 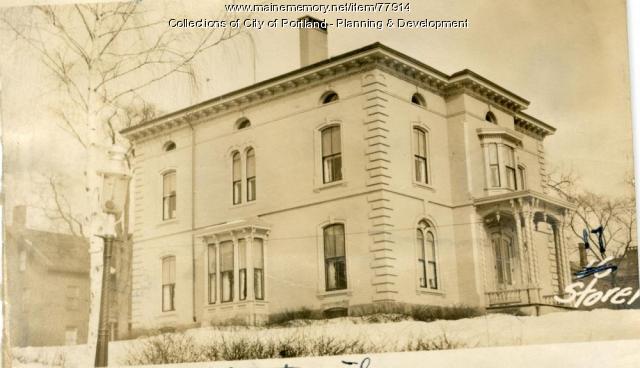 Sometime around 1856, when Dependence & Persis Furbish’s son Henry got married, they built a new house across the street from the home they had built a few years earlier. That house was given to the newlyweds. For their new home, they went back to Charles A Alexander. Unlike the first house he did for the Furbish’s, which was a series of interconnected blocks, the new house was a more formal affair. But for a stair ell projecting from the back, the entire building was one singular mass. Details were very much in Alexanders style with a strong tri-partite design, quoined corners, a heavy projecting cornice with dentils, and elaborate window and entry treatments. In 1862, Dependence Furbish sold the property and moved to the Greenpoint neighborhood of Brooklyn where he continued to be involved in the sugar industry until his death in 1882. The purchaser of our subject was Horace P Storer.

Horace and Mary Storer were still fairly new parents when they purchased 15 Storer Street from Dependence Furbish in 1862. Their daughter, Alice, had been born in June of 1861. The property ran all the way from Spring to Danforth Streets. In time, the Storers would fill the upper end of the land with houses. But that’s another story.
Horace Porter Storer was born in Sanford in 1822. Mary Thomas Barker was born in Limerick in 1824. They married in 1847. Their first child died soon after birth. Given that it was around 14 years between their marriage and Alice’s birth, we can surmise that Mary may have had health issues. This is somewhat backed up her death in 1880 at 56. A son, Frederick, was born in 1865.

The Storers called the house “Grayhurst Manor” and were known to host grand parties here. Horace was involved in a wholesale dry goods business on Middle Street before and after the great fire. After Mary’s death, Horace did not remarry. Alice would have been 19 and Frederick 15 so there would not have been a need for a wife to help raise the kids which is what drove many widowers and widows to remarry. Fred married Geneva Smith in 1887. Alice married Frank Lunt in 1893. Her wedding took place in the family home and was a lavish event that was noted in the local press. Horace Storer died in December of 1897 after a prolonged illness. His will passed Grayhurst to Alice and Frank. 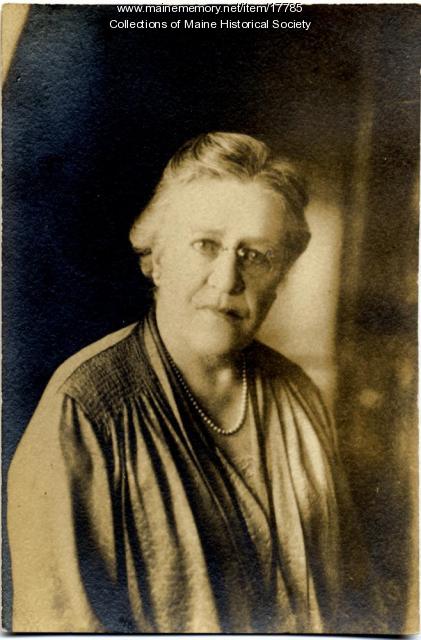 Frank Lunt died in 1910 from Addison’s Disease at the age of 49. Alice and their sons Dudley and Alison lived here until 1917 when Alice sold it to Sara Abbott. Alice Storer Lunt died in 1936. Sara Abbotts’s husband, Edville G Abbott, was an orthopedic surgeon from Hancock Maine. He married Sara Sargent of Prospect Maine in 1891. They had no children. Sara died in 1934 and the property passed to Edville. He died in 1938 and it then passed to Sydney Thaxter. In 1947 he transferred it to his daughter Phyllis. During WWII, it served as the local headquarters of the WAVES. In 1957 Thaxter sold it to a Polish emigre’ named Bella Finkelman and her daughter Sara. In 1967 they sold 15 Storer to a New York theater promoter named John Mace and his partner Richard Prahl. According to an article in the April 17, 1968, Portland Evening Express, they were going to stage performances with the Portland Players here. I don’t know if that ever happened. In 1970, Mace and Prahl sold to Waynflete School. The school used it for classrooms and other functions until 1988 when it was damaged by vandalism then arson. It was demolished, after much controversy, in 1989.

Now, about the other houses.

Clementine Barbour purchased to lot for what is now 20 Storer Street from Seth Dyer in 1867. Clementine was the wife of Charles J Barbour. Barbour was a customs officer and brother of John & Jane Barbour. Although there is no attribution, I believe several factors point to Charles Alexander:

The fact that Charles A Alexander had been living and working in New York City by this time is more than countered by the fact that he was visiting and providing designs for projects in the city in 1867. The current portico is most certainly not from Alexander and is likely later. It is visible on the tax photo of 1924 so would be turn of the century perhaps. 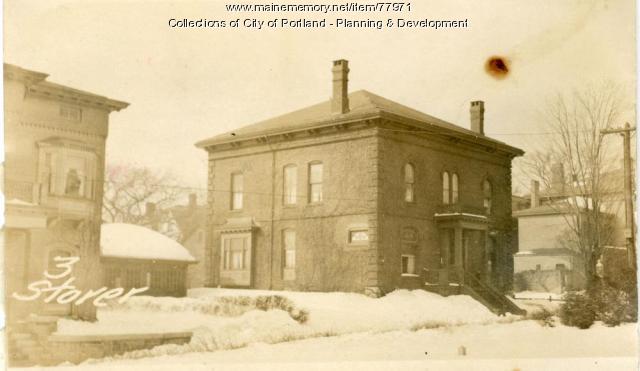 Lastly, there is the house on the corner of Spring and Storer Streets built for Seth Dyer in 1867. Most of the reasons given for attributing the Barbour house on Storer Street to Charles A Alexander hold here. To them, I would add the strongly defined architrave with the third-floor windows projecting through it into the entablature and the three-sided bay above the entry. I will admit the portico is pure Francis Fassett with those columns that kinda look like pieces of pipe joined together. Although this does not give me quite the same feeling of confidence as 20 Storer Street, I do feel the evidence does point to the hand of Mr. Alexander. I will save a complete ‘house story’ of 336 Spring Street to another day. 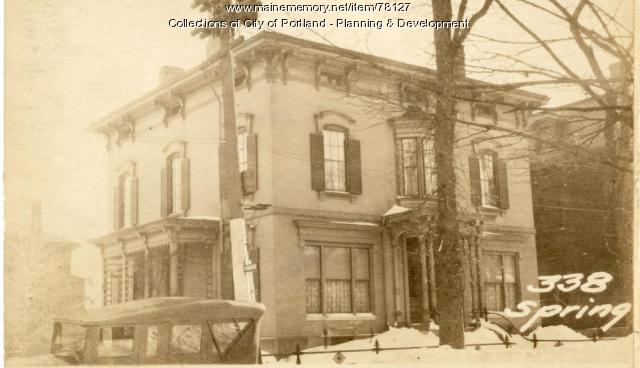