Built in 1919 for Sydney St. Felix Thaxter. Design by Burnham and Higgins Architects.

A colonial revival home in the West End.

It’s a modest-looking house. A simple, symmetric, facade of 2 full stories with another in the garrett isn’t ‘putting on airs‘. The entry is formal but not showy like many of the homes here in the West End. This modest look belies the house’s actual size. The main block measures 43″ x 25’ and with all the appendages the square footage is a sumptuous 3730. 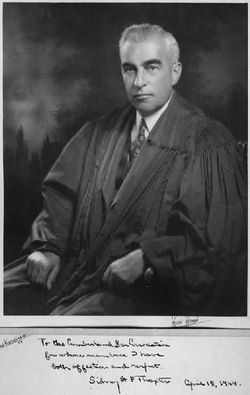 Sydney St Felix Thaxter, try saying that 3 times fast, was born in Portland in 1883. His father, also Sydney, was a local businessman who, in 1890, built the house at 360 Spring Street which we looked at last year. Sydney the younger went to Portland High School. He attended Harvard University where he received a BA in 1904 and his law degree in 1907. 1907 was the same year he passed the Maine bar and opened his own practice in Portland. He had married Marie Phyllis Schuyler in 1913. They had 2 children, Sydney born in 1915, and Hildegarde born in 1917, when they purchased the lot left of Margaret Fogg’s property from Louisa Spring in 1919. By 1920 they were moved into their new home and had welcomed a daughter named Phyllis.

The Thaxters went somewhat against the grain in the selection of architects for their home. In a neighborhood dominated by the works of John Calvin and John Howard Stevens, they went to the firm of Burnham and Higgins. George Burnham had retired from the firm by the time of this commission and Leander Higgins is credited with the actual design work.

Edward Leander Higgins was born in Bar Harbor Maine in 1879. He graduated from MIT in 1905 with a degree in architecture.  Higgins went to work in the office of Guy Lowell who was working on the Cumberland County Court House in association with George Burnham at the time. Upon completion of the courthouse, Higgins stayed in Portland and joined Burnham’s office, becoming a partner in 1912. Although he did some residential work, which we will see in later posts, he is best known for his religious buildings. 2 of which, Immanuel and St Peters, are prominent in the city to this day.

Marie Phyllis Schuyler Thaxter was born in Montreal Canada in 1890. She received training in the theater and was working on Broadway when she and Sydney met and married. She continued to work on stage until the 30’s when she started to become involved in local theater and started writing an irregular column for the Portland Press Herald titled ” Through the Stage Door with Phyllis Schuyler Thaxter” in which she interviewed stars of stage and screen and dished on Hollywood and Broadway news. She is probably best known today for the Portland Players whom she supported and was president of. The Players’ theater in South Portland is named in her memory. 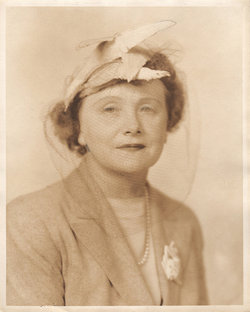 Probably the best known of Sydney and Marie Phyllis Thaxter’s children was their daughter Phyllis. She was born in 1920 and would grow up on Danforth Street. She attended Deering High School and in Montreal. She debuted on Broadway in 1939 and on film in 1944. She would continue to work on stage and in film for the next 30+ years. Today, she is best remembered for her portrayal of Mrs. Kent in the 1978 version of Superman starring Christopher Reeve. 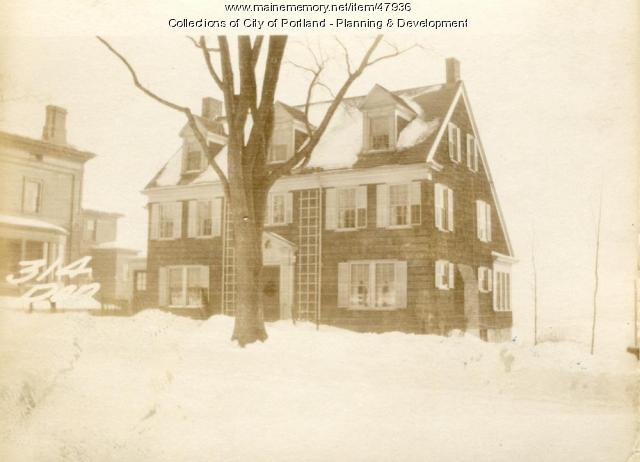 The purchasers in 1958 were Howard Jr and Gertrude  Detmer. The Detmers were from the Chicago area where his father was a stock and bond broker. They had moved to Portland when Howard took the position of president of the E E Taylor Shoe Company in Freeport. Gertrude died suddenly in 1960 and Howard remained in our subject house until he remarried, sold the house to Ronald Vincent Jr, and moved to Falmouth where he died in 2010.

314 Danforth Street is one family home. The current owners are the Director of the Portland Museum of Art and his artist/author wife