A large Queen Anne in the Highlands neighborhood

Horace Farnham owned a large window and door manufacturer in Portland at the turn of the 19th –  20th centuries. Horace and Kate Farnham had 6 or 9 children depending on the source and, as such, needed a large house. Kate was the second wife of and was 19 years younger than Horace according to census documents. 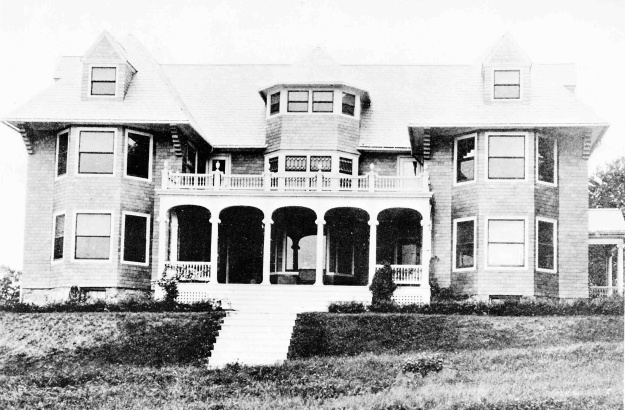 The Farnhams chose a very prominent lot with an expansive view of the city in the new development of Longfellow Highlands. To design the home, they chose the city’s, and state’s, most prominent architect, John Calvin Stevens. Stevens’ son and partner John Howard, would build in the neighborhood in 1904.

Stevens would give the Farnhams a landmark worthy of it’s location. The shape is a large rectangle of 2 stories with a third in the garret. The two major facades are symmetrical with the primary, facing Brighton Avenue, being in a formal Colonial Revival mode.

Stevens could do a classic Georgian portico quite well. The columned and pedimented porch leading up into a somewhat small Palladian window above is right out of a textbook. The window is a bit short for its width due to the height of the porch roof.  Grouped windows and the dormers, shifted in from the windows to balance the porch, complete the arrangement.

The northwest facade is utilitarian but still highly controlled and symmetrical with the chimney mass acting as a fulcrum. Stevens acknowledges the fact the even this side is quite visible by grouping the elements around the chimney into a single element by adding the shed roof at the first floor, arched windows at the second, and a gable at the third. 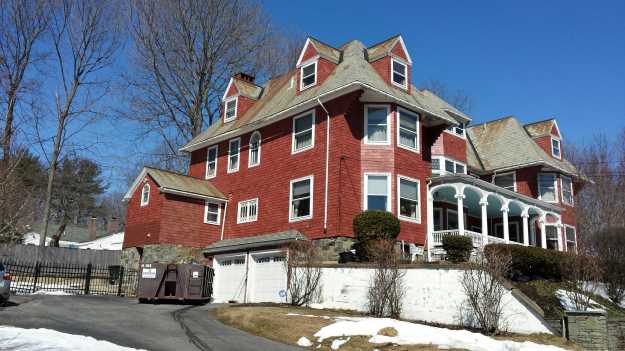 The view from Edwards street really brings home the sheer massiveness of the building. Rising up from the rubble stone foundation through the main floors and up through the tall hipped roof, it is something of a mountain. Several documents I have found on Mr. Farnham speak of his ownership of a car. As he died in 1913, this would seem to make him an ‘early adopter’ in Portland and would suggest the garage doors seen in the photo above to be original. 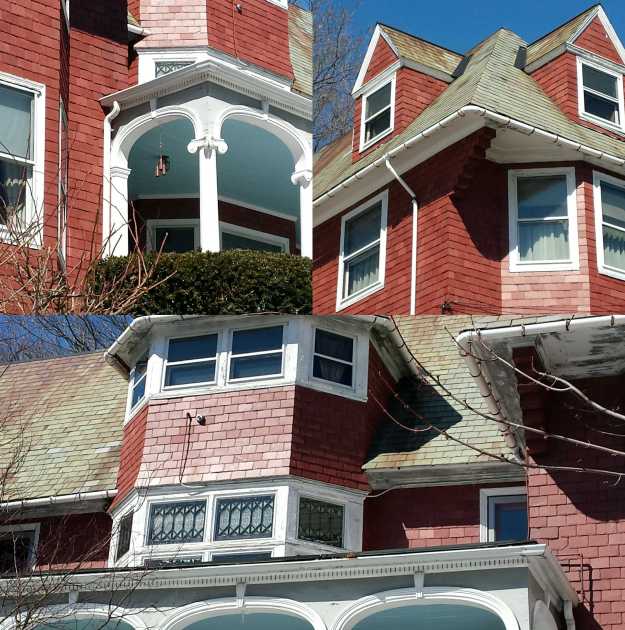 The Edwards Street facade also gives us a view of the client’s and designer’s sense of style. The front piazza is supported by compressed renaissance arches on columns with ionic capitals. The deeply projecting soffits over the bays are supported with hefty stepped brackets. Lastly, the facade is centered with a rather Queen Anne’ish center ‘turret’ with stained glass panels and banded window groups. 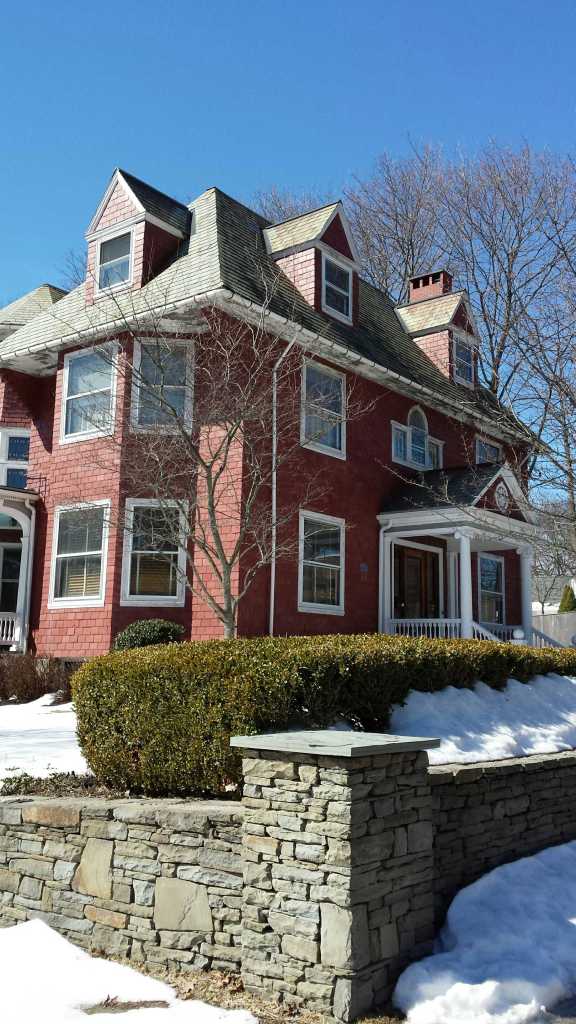 Finally, there is the siding. Slate was very common as a roofing material for all of the 19th and the first third of the 20th centuries. The gray form was most common with red and other colors being used as accents. The occasional slate-sided house can be found. Combine the material and the choice of red as a color and you have something truly unique. Sources note that red slate of this type has been commercially sourced from only one place. That being Granville New York. Even in 1902, it was expensive and a major statement when used to this extent. Worthy of mention is the siding is 115 years old and still in very good shape. A testament to the virtue of the material. 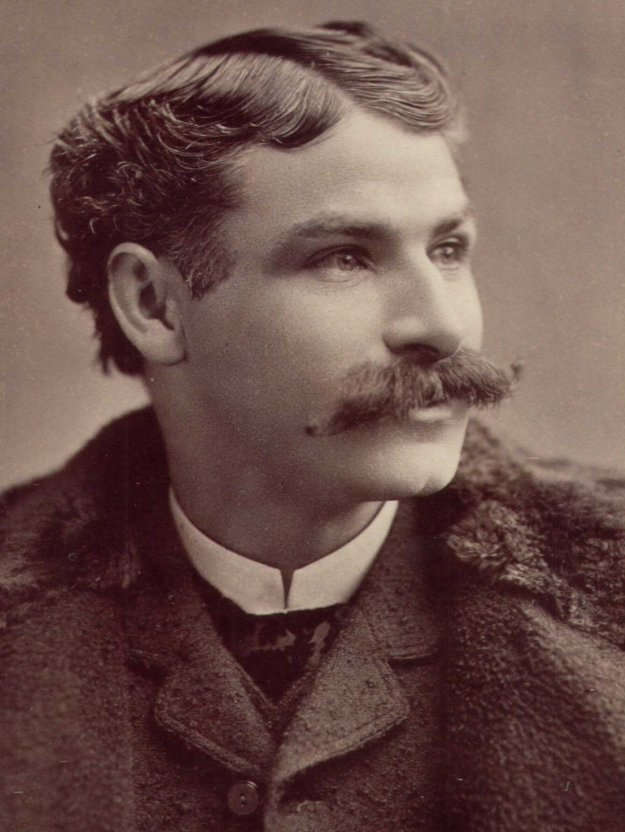 After the foreclosure, the bank held the property until 1940 when it was sold to a Dennis Cormier. He in turn sold it to Glenn and Jeanne Rossman in 1943. Glenn died in 1945 leaving the house to Jeanne. She sold it to Edwin Rogers in the same year. In 1965, John & Elizabeth Mullin took out a mortgage against 318 Brighton Ave. John had inherited the house from Edwin Rogers in 1952. They would default on the note in 1979 precipitating another foreclosure. The house would have 2 more owners before being purchased by the current owner in 1998.

318 Brighton Avenue is currently listed as a two-family. Condition is very good.