Jesse Wetmore was a joiner living at 26 Atlantic Street in 1858. The 1850 census says he was 27 years old and from New Brunswick Canada. Matilda was, in 1850, 25 years old and from England. When he and Matilda purchased the property from Sylvester Beckett and Henrietta Slader in 1855, the deeds speak of land only. By the time they sold it to Russell Lewis in 1860, buildings had been built and are mentioned in the deed. 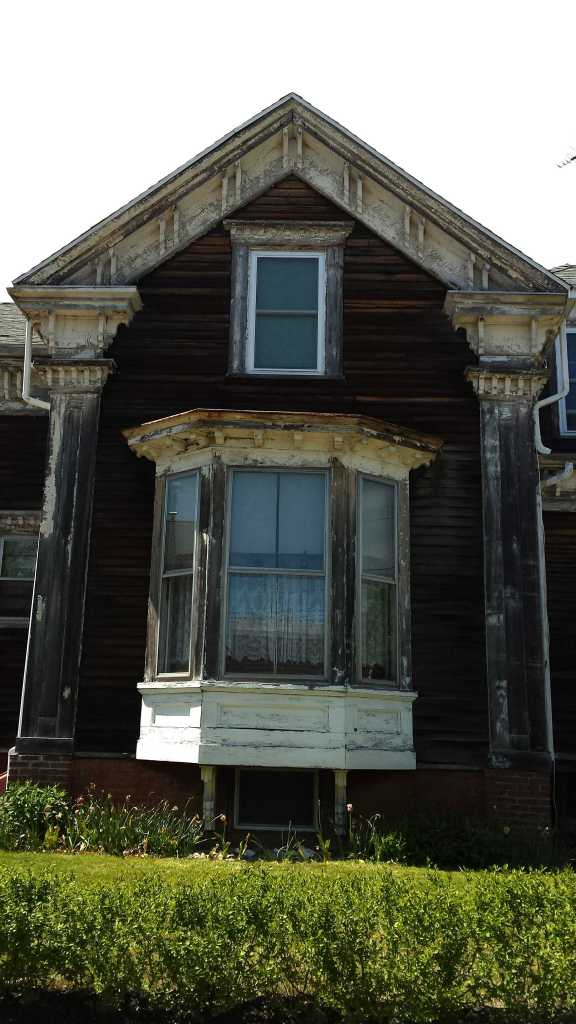 Captain Russell Lewis was a lumber dealer in Portland in 1873. By that date, he was listed as living at 12 Deering Street next door to Rufus Deering. He was living in a double house that he had built with Jacob Winslow in 1868. Lewis sold it to Mary Wooster of Eastport in 1868. The Woosters would occupy the home for the next 67 years.

It’s a form we have seen before. A pair of boxes crossed at about midpoint with a pronounced gable at the street. It is a bit unique in sitting next to one of the Hill’s few remaining service streets, Gilbert Lane, and as such presenting a full long facade as well. Styling is mostly Italianate with some vaguely Greek Revival references. 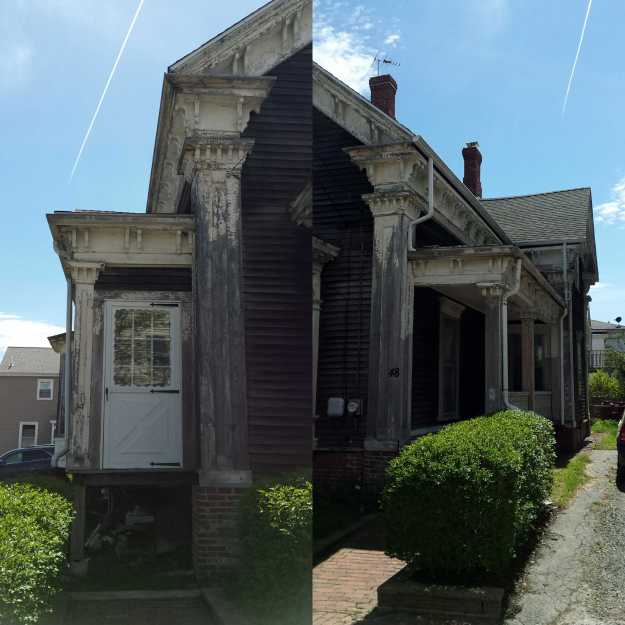 What is unique are the double porches on the main facade. It makes me consider the possibility of the house being built for 2 families or distinct occupants.

Some details, the brackets and bay window treatment, have a slight Thomas Cummings feel. Not enough to make me say he designed it but perhaps influenced. 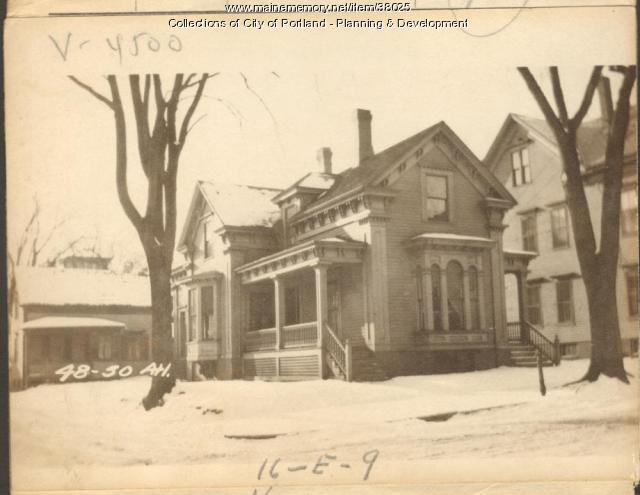 Mary, Frank, and Marina are all listed as residing at 48 Atlantic in 1910. George had purchased a house a coúple of blocks away on Congress Street in 1906. When Mary died in 1912, she left a well-crafted will that would allow Frank and Mariner to remain in the house while her remaining assets would be sold and the proceeds placed in trust for Mariner and Frank. George was named as trustee.

Frank died in 1930 at which time ownership was passed to Mariner. He signed his rights to the property over to George in March of 1931. George took 3 mortgages for $5000.00 against 47 Atlantic Street by the close of the year. In 1937 George died and the mortgages were foreclosed on. Mariner died in 1944 but he had, in essence, disappeared from the record in 1931. 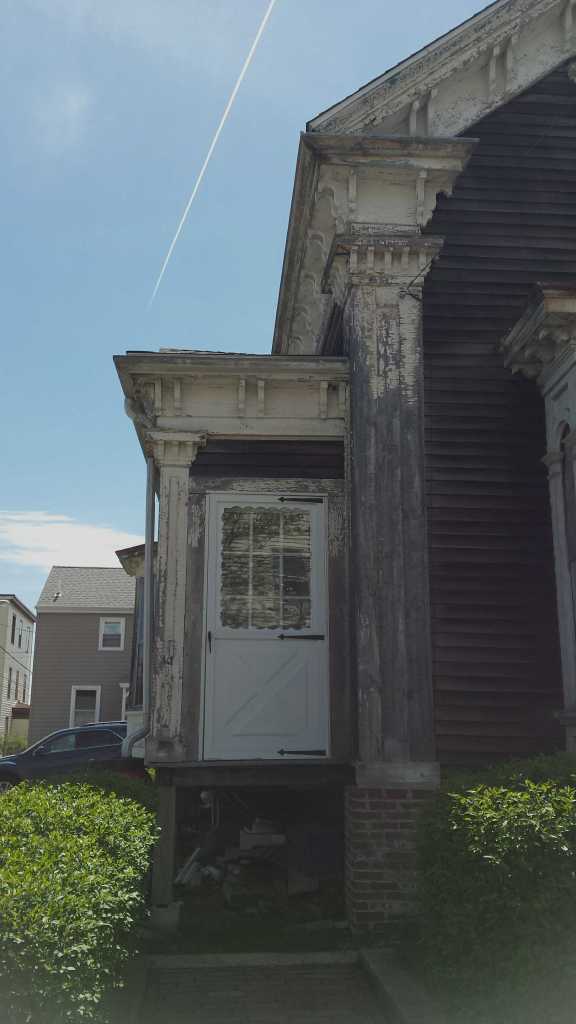 Orin and Maggie Martin purchased the property from foreclosure. They sold it to Margaret and Robert Carter in 1958. Robert died in 1984. In 1988 Margaret passed ownership of 48 Atlantic Street to their son John who currently owns the home. Margaret Carter passed away in March of 2017.