An odd, and probably doomed, Queen Anne on the Falmouth line.

It was once farmland. When William Shattuck purchased the land in 1857, it ran all the way to the Presumpscot and included all rights for ‘fish and fowl’. It also allowed for the Gray Road to run through it. The road now runs next to it under the Ocean Avenue moniker. William was a ‘submarine engineer’ and a resident of Westbrook. Our subject property was in Westbrook at that time. William’s son Jacob operated a steam dredging business out of East Deering village. After William’s death in 1872, Jacob retired and went to farming along the Presumpscot River. In time, he amassed over 200 acres in the area. When 1040 Ocean Avenue was sold in 1907, the sellers were Jacob and Martha Shattuck.

The current tax assessors data says it was built in 1790. This is certainly way, way off. Shattuck’s deed of 1857 states he purchased land and no buildings are mentioned. In 1924, the assessment data gave a build date of 1900 and that’s more believable. The 1924 information is helpful again in that the sketch of the house shows it as originally built and is annotated to show the changes made and when they were made.

The first item of note is the lack of a turret in the sketch. An odd oversight. Then there is the little extension on the north side. At a bit over 3 feet wide with a flat roof and resting on posts, I can only think ‘privy’. Lastly, and most importantly, it notes the almost complete alteration of everything west of, and including, the entry.

Joseph Libby Jr purchased 1040 Ocean Avenue in 1906. He had been born in Malden Massachusetts in 1861. Ida Libby was born in Corinna in 1856. They married in Portsmouth NH in 1896 and had no children. Joseph had been wed previously his first wife having passed in 1894. They farmed the land for much of their time on it. Ida died in 1926 and Joseph in 1938. He sold the property to Melvin Cook of Baldwin in 1937. 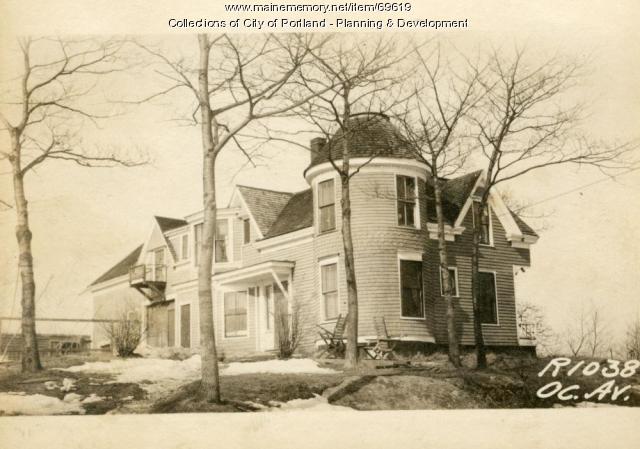 The notes on the 1924 records state that everything west of the entry was removed and replaced with a one-story barn/stables on posts. But it could be that from the barn door as the current west facade seems to show some of the second story is still there. It was a pretty substantial hack to the facade and, combined with later alterations, has destroyed any semblance of balance that was once there.

Why Melvin Cook would want to purchase 1040 Ocean Avenue is mysterious. He was a somewhat successful farmer in Baldwin in Western Cumberland County. This was the only property he ever purchased in the city. The 1942 city directory shows Joseph Libby’s son Walter living and farming the property. It could be Melvin was a family friend who acted to ‘save’ the property as Joseph’s health declined. He may have leased it to Walter but there is no such document on record.

1040 Ocean Avenue as shown on the Richardson Atlas of 1914. Portland Public Library

Melvin Cook sold 1040 Ocean Avenue to Annie Estabrook of Castle Hill, near Presque Isle in Northern Maine, in July of 1943, The Libbys were still farming there as the deed carried a ROW to maintain a water line through the property. Annie, her husband Paul, and their 2 children moved to Portland at some point as the 1958 deed selling the property listed the city as her place of residence. The purchasers were Ralph and Dolores Chapman. They sold it 6 months later to Hoyt and Vera Gray. Hoyt was a mechanic for the Portland Water District. The Hoyts lived next door at 1038 Ocean Street in 1963. Hoyt was a WW2 veteran. He married Vera Owen in 1941. According to the 1963 city directory, Dolores Chapman was living at our subject location along with a Patrick Smart and his wife Clara. Patrick was ‘retired’ in 1963.

In 1966 1040 Ocean Street was purchased by Dale and Eleanor Williams. The Williams family has owned it since that time. Dale was a long time yard conductor for the Portland Terminal Company. Documentary evidence along with evidence on-site, see the image below, lead me to believe the Williams family reshingled the house, along with other work, during their ownership. The 1924 tax record states the house was ‘on piles’ whereas today it has a wonky foundation that sorta bulges out from under the sills. Thankfully, Dale and Eleanor left us a marker letting us know they did it and when.

That it was reshingled is evident when the 1924 tax photo is explored in detail. We can see there was a subtle ‘saw tooth’ pattern applied to 2 courses of shingles at the beltline of the 1st and 2nd stories. That this line was not carried into the body is both understandable as it would have served little purpose on a shorter wall and regrettable as it appears to have been ‘floating’ without support on either end. The image also shows how most of the trim and the windows have been changed over time.

Detail of 1924 tax photo for 1040 Ocean Avenue showing original patterned shingles on the turret along with windows and trim since changed. Maine Memory Network

Eleanor died in 2001 and Dale in 2003. Their son Ricky inherited the property and is listed as the current owner. The property has been on and off the market several times over the last 12 months and is currently not for sale. Condition is very bad, 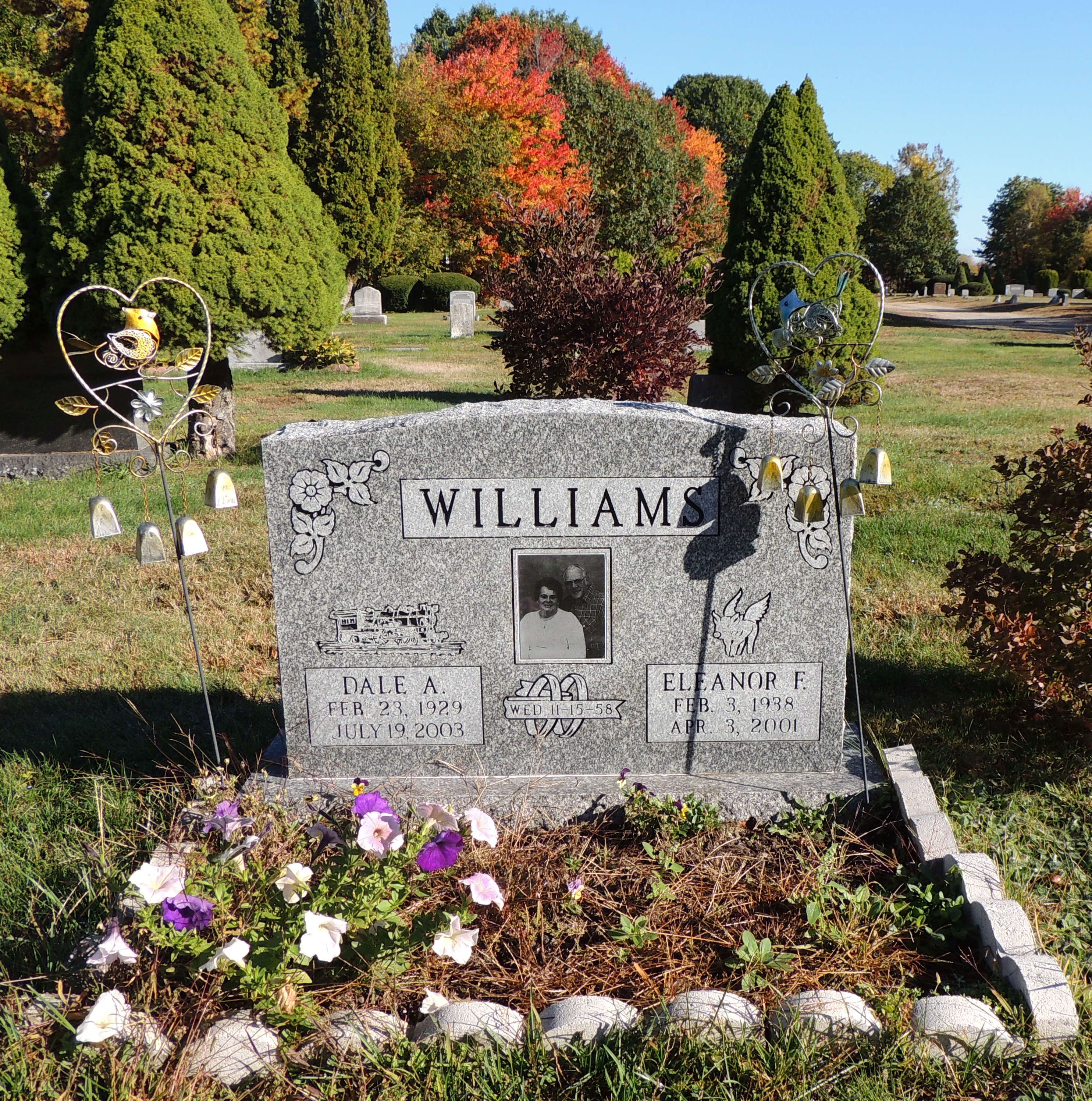 Author’s Note: Access to this property is over an unposted private road. This presented a bit of an ethical dilemma in that I make a point of shooting subjects from public property. I may perchance put a foot in a driveway or walkway to get a better angle but never more than that. I justified my actions in this case by the fact the property was, at the time, for sale so was ‘open for viewing’. I do not advocate entering private property, without owner approval, under any circumstances.