Built in 1916 for Ammi Whitney and his son Joseph.  Design by Frederick Tompson.

A brick colonial revival in the Western Promenade historic district.

A perfect home for those who do not want much of a yard. Sandwiched in the back of the Ammi Whitney house on Spring Street, our subject is on a lot that is smaller than many modern houses. In fact, by virtue of having 2 floors, the house has more square footage than the property on which it sets. This makes it something of an outlier for its neighborhood where generously sized houses sit amid equally generous lots. Its early history explains this oddity.

Ammi Whitney was an avid horseman. He owned, sold, raced, and bred horses. He was involved, financially and personally, with almost every race track built in the Portland area during his adult life. Ammi was also a partner in a couple of stables in the city. In the late 19th century, most people who owned horses did not keep them at their homes. Ammi kept his in the area of Clark and Brackett Streets between Spring and Gray Streets. This area held several stables for residential and commercial uses. But, Ammi Whitney would still need a place to keep his carriages and maybe stall a horse for a brief period. This need was filled by a carriage-house as was common for the 1870s. These are the roots of our subject home. 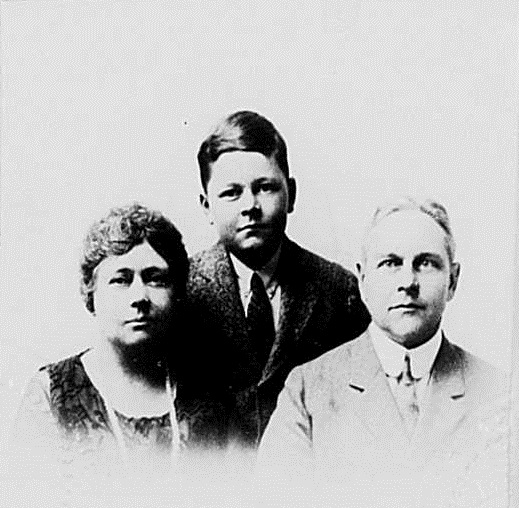 The Whitney Family in a 1925 passport photo. FindAGrave.com

About the same time the carriage-house was built, 1877, Ammi and Emily Whitney’s last-child,  Joseph Walker, was born. Joseph attended Portland schools and was president of his high school graduating class. He then attended and graduated from Bowdoin College. In 1908 he married Bertha Lenora Stewart of Portland. They initially lived on Whitney, now Marshall, Street in a house Ammi had built as an income property. Note: Ammi Whitney owned and built a lot of income property.  In 1913, their only child, Joseph Junior, was born. 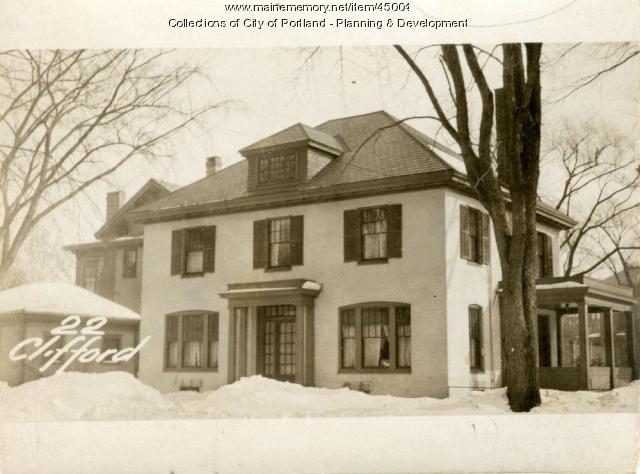 What a difference! The lack of stucco explains the current mottled appearance.  The stucco was applied, no doubt, to unify the exterior. Also notable was the open porch on the right, now enclosed and having a ‘full basement’.  Other than those items, the house appears to be in original condition.

After graduating from Bowdoin, Joseph Whitney went to work as a clerk in his father’s firm. By 1926, he was vice-president. When the 1930 census was compiled, Joseph listed himself as ‘retired’. Oddly, he listed himself as the president of Kendall & Whitney in 1940. Joseph died in December of 1942. Bertha sold 22 Clifford Street in early 1943. She died in March of 1953.

The portico is quite understated for Fred Tompson. SImple, well-scaled, Doric columns and pilasters support a complete entablature under the hood. The entry is recessed and surrounded by large windows. All appear to be original.

The 4 steps up into the house, the 2 asymmetrically placed basement windows, the Landmarks plaque, and the tax assessors’ information create a bit of a confusing story.  The tax records state the house is on a full foundation made of concrete and has a concrete floor. These materials were not used in Ammi’s house of 1877-78. The basement there is of stone with a stone floor. If they were built at the same time, shouldn’t they have the same materials? Also, why would you go through the trouble and expense of excavating a basement under a carriage-house?
I think it possible Ammi and Joseph demolished the carriage-house and built an entirely new structure. That being said, those oddly placed basement windows and the change in brick texture about 4 feet from the eave line suggest there are parts that are not from the same fabric as the rest of the house. Could it be that they raised the roof and parts of the walls and built a new house under them?

When Bertha Walker sold 22 Clifford Street in 1943, the purchasers were Elizabeth and John Madigan. Elizabeth was a teacher and John was a brakeman for the Portland Terminal Company. In 1945, they sold the house to a Russian emigre named David Sclar and his son-in-law Joseph Levi. 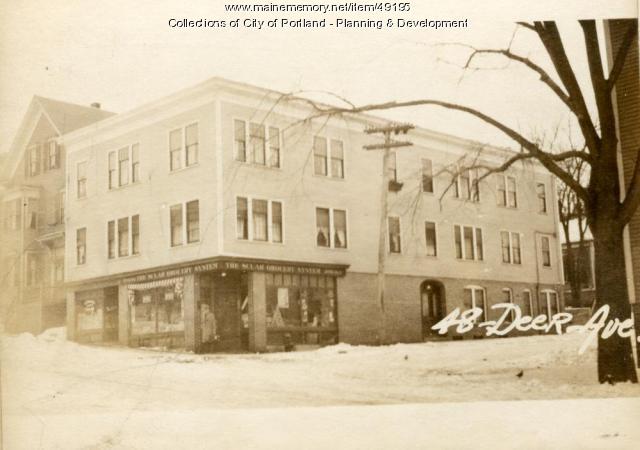 David and Dora Sclar came to the US in 1905 and 1901 respectively. They were both born in 1886 and they married in 1908. Their first child, Morris, was born in 1909. Sarah arrived in 1912 and Joseph in 1916. In 1920 David’s sister and brother-in-law, Julius and Bessie Coill, and one Hyman Berenson, all of Russian birth, were living with them on Winter Street. David operated a grocery store for many years on the corner of Deering Avenue and Grant Street. 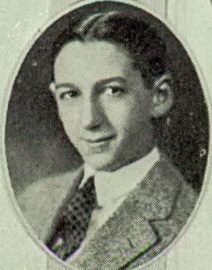 Edward Ralph Levi was born in Portland in 1909.  Edward’s father and mother, Benjamin and Dora, were Polish Jews who came to the US in 1895. They had 3 sons, Immanuel, Samuel, and Edward, and a daughter, Evelyn. Benjamin was a somewhat successful real estate dealer and the family lived on Cumberland Avenue between Smith and Locust Streets.  Edward and Sarah, ‘Sally’, Sclar married in 1938 by which time Edward was working as an assistant purchaser for Porteous, Mitchell, & Braun.

in 1973, David Sclar transferred his partial-ownership of 22 Clifford Street to Sarah Levi. David died in 1976. 22 Clifford was sold to Robert and Sally Willis in 1974.  The Willis’ had been renting the house prior to purchasing it. They owned commercial real estate and ran various printing businesses. They sold the home to Marjorie Bride in 1985. In 1995, Bride sold the home to Robert Gallagher and Melissa Skelton. They sold it to a former Assistant DA in New York CIty and long-time and well-loved staffer at Waynflete School, Deborah E Curtis in 1997. Deborah Curtis sold 22 Clifford Street to the current owners in 2004.

22 Clifford Street is currently listed as a single family residence. It is in excellent condition.