A charming Greek Revival double-house in the Ferry Village neighborhood

We’re taking a trip across the bridge, and back to the winter judging by the photos, to look at an interesting double-house just off the water in South Portland. It’s a house that has held my attention for a while. Faithful readers will confirm that I have a ‘thing’ for these naive Greek Revivals as seen here, here, and here. As with the others, the simple, honest form and vibrant expression of details attract me. 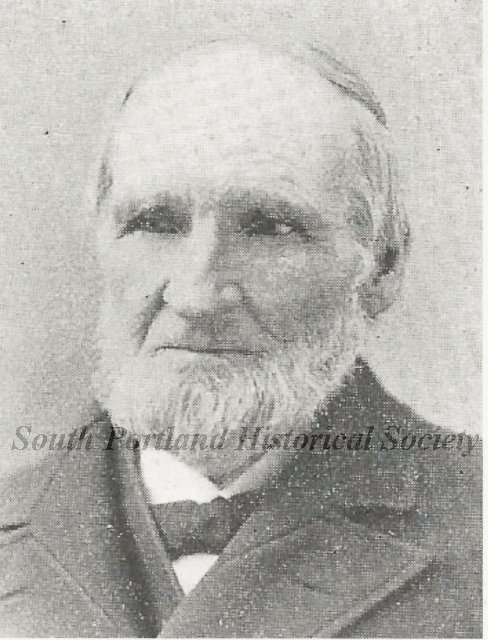 Stephen & Elizabeth Hubbard purchased the land in what was then Cape Elizabeth for our subject from David Sawyer in January of 1849. Elizabeth was a Sawyer and a member of the family for which Sawyer Street was named. She married William Stanwood in 1820. He died in 1829. David Sawyer was a joiner and may have been Elizabeth’s brother. Stephen was a joiner as well. It’s a safe bet that Stephen built our subject relatively soon after purchasing the land.

The house is 40″ on the street and 29′ deep per the assessor’s office. The depth is odd in that it would seem to have no relationship to the main facade’s width. It’s a straightforward double with a single bay for living space and a central hall with a shared wall. The small transom-like lights in the architrave are an interesting way to get some light into the second floor although I would have to wonder what they may add as they would be nearly at the floor level. The detailing is very simple but highly effective. Vertical boards serve as columns while horizontal boards make up the architrave. These elements are raised slightly from the level of the clapboards to enhance the effect. Deep Greek Revival windows with simple casings are on the front and sides of the first floor. The house in total bears a striking resemblance to the house at 369-371 Cumberland Avenue in Portland, built by James Hawkes for his brother Simon in 1846. If Stephen Hubbard wasn’t involved with the building of 369-371 Cumberland Ave, he must have been keenly aware of it.

Stephen Hubbard sold 90 Sawyer Street to a ship carpenter from Portland named Charles York in 1855. At the time of his purchase, Charles took a mortgage for $200, 1/4 of the purchase price, from the wives of William Pitt Fessenden and Thomas Deblois. In 1859, he took a mortgage from Harriet Deering for $122.95. That mortgage was noted as discharged in 1876 by Harriet’s daughter Mary. No record of a discharge or foreclosure of the original mortgage exists but it must have happened as in 1871 Dorcas Deblois sold 90 Sawyer Street to Harriet Campbell for $400.

In 1864 Stephen deeded 88 Swayer to Harriet Hubbard, the “widow of John Hubbard, deceased”. John was undoubtedly a relative. At this point, if this were a ‘normal’ Portland House Stories article, we would leave Steven Hubbard and follow the trail of residents of 88-90 Sawyer Street. But doing that poses problems. First is the lack of information on who actually lived here. After Stephen moved out, it would be almost 100 years before the house was owner-occupied again. The Portland city directories do not cover South Portland at that street level until 1926. The city directories for the war years are incomplete with much of South Portland missing. Second, and the most important for me, is Stephen Hubbard’s story is worth telling. He epitomizes 19th century Americans in many ways. So, let’s do that. 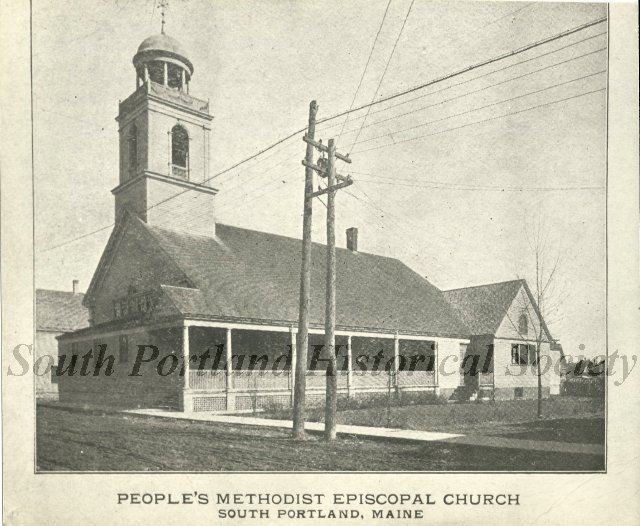 To say Stephen Hubbard was active in his community would be a major understatement. Soon after completing his double-house, he was elected to serve and a town selectman for 1851 and 1852. He served as a Justice of the Peace for over 2 decades. 1851 was a busy year for Stephen. Along with his other activities, and making a living, he became involved in the movement for a new church in Ferry Village. There was the parish church on the hill but some in town, including Stephen Hubbard, didn’t completely agree with the dogma of the church. A group started a small congregation in the Willard area, then known as Point Village, but it faded in the 1840s. In 1851 the movement was renewed in Ferry Village. By 1852, a plot of land had been acquired and Stephen submitted a plan for a church that was accepted by the building committee of which he was a member. He was chosen to coordinate purchasing materials and construction. The church was completed and dedicated in January of 1853.

88-90 Sawyer Street and the Methodist Church on the Richards Atlas of 1914. Portland Public Library Digital Commons (Click to embiggen)

Stephen Hubbard was not done. He was active in the church at the state level attending many conferences and annual meetings. He supposedly had a great singing voice and led the chorus at the church until his death. He formed a Sunday school soon after the church was dedicated and led it for many years.

88-90 Sawyer Street on an 1857 map of Cumberland County. Library of Congress. (Click to embiggen)

In February of 1864, Eliza Hubbard died at the age of 63 at her daughter’s home in Charleston Ma. Stephen, at the age of 59, married 32-year-old Louisa Bolan in 1865. They had 2 sons, Stephen Jr in 1866 and Stanley in 1873. An interesting note is that both sons’ census records indicate they were born in New Hampshire. Why is a mystery. So, in 1873, when Stephen Hubbard is a new father at the age of 67, you might think he would spend his twilight years watching his sons grow up. But you would be wrong.

The new Breakwater (Bug) light from Elwell’s Portland and Vicinity of 1876. Author’s collection

The first Breakwater Light was completed in 1855. It was a simple wooden tower that stood for 20 years. In 1875, the breakwater was extended to provide better protection of the harbor from winter storms. This extension created a need for a new light. The former Architect of the US Capital and noted Greek Revival enthusiast, Thomas U Walter, provided the design. Based on the ancient Choragic Monument of Lysicrates in Athens, it ingeniously masks the seams in the iron plates behind Corinthian columns. The structure was cast at the Portland Company across the harbor.

A new light needs a new keeper and Stephen Hubbard was that new keeper. During his 12 years as keeper, there was no house attached and it looked much like it does today. in 1889, two years after Stephen Hubbard’s death, a keeper’s house was attached. Various extensions were added over time until the assemblage seen below ca 1930 was created. All the ancillary structures were removed in 1935. 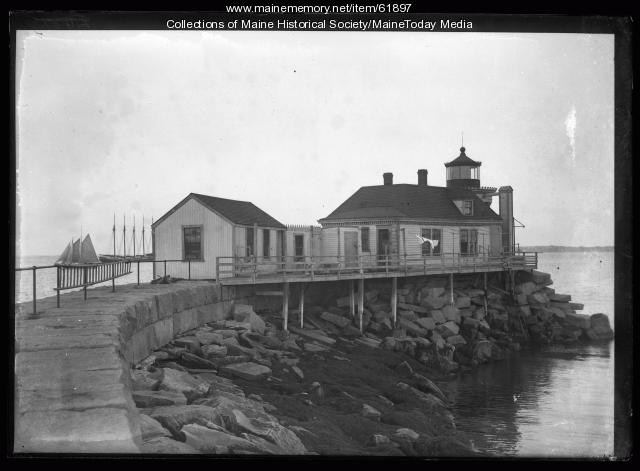 Stephen Hubbard died on August 21, 1887, at the age of 80. He was buried in Mount Pleasant Cemetery, on the hill overlooking Ferry Village.