A substantial Shingle Style home in the Boulevard Park neighborhood.

Even in his later works, Stevens could still produce classic Shingle Style homes as he did in his early days. His ‘mature’ work was more refined but no less impressive. Here in Boulevard Park, we have a Stevens hallmark gambrel roof with a secondary pitched cross-gable.

The land for Boulevard Park, sandwiched between Back Cove and Forest Avenue, was purchased from the Deering heirs and the Ricker Land Company in 1912. It was supposed to stretch farther east through Belmeade and 2 more roads, Fenwick and Oakleigh beyond Grasmere. This eastern end was never developed. The Boulevard Park Company had been formed in 1910 to develop the property. 1910 was also the year a plan for Boulevard Park was filed with the Registry of Deeds. The first sale of land was in 1914 when Albert Spear Jr purchased a lot on Forest Avenue and opened an auto repair shop. The Blanchards were the second purchasers, also in 1914.

Hazel Merrill and Harold Blanchard were married in Auburn Maine in 1906. Hazel was from Dover Foxcroft Maine and Harold from West Milan New Hampshire. Harold had entered the family timber business. The couple were both 19 years old when they married. Their first child, Caroline, was born in 1910 when they were living in Berlin NH. They moved to Portland in late 1910 or early 1911 as they appeared in the city directory for 1911 when they were renting a house on Belmont Street. Although he remained involved in the family lumber business, Harold opened an auto dealership selling Stoddard-Dayton cars on Forest Avenue in 1912. Harold’s automotive endeavor did not bear fruit. Not the least due to Stoddard-Dayton being swallowed by another manufacturer in 1913. Harold maintained his office on the 6th floor of the Masonic Temple building until 1923 when he moved to the newly built Clapp Memorial building on the corner of Congress and Elm. Katherine Blanchard was born in 1918.

The house is 42′ on the street and 30′ feet deep. A large house to be sure. It is two stories with an attic above. Various porches, both open and covered, wrap 3 sides of the building. Trim is minimal with a Colonial Revival architrave and simple, more Shingle style, casings on the windows and doors. The multiple flue chimney is the overriding vertical element of the design. The choice of Shingle over Colonial Revival for the house is what was, and still is, a suburban setting is interesting. Probable the wish of the Blanchards.

When I photographed our subject, I thought the garage was original as it is period correct for Stevens. When I saw the 1924 tax photo, I realized I was incorrect and this is a modern garage. It was most likely modeled on the garage Stevens designed on Bowdoin Street for Charles Alexander in 1917.

By the mid-30s, Blanchard and Sons TImberlands had moved into selling lumber from a facility on Bishop Street while keeping the office on Congress Street. In 1935 Caroline Blanchard married an insurance salesman named Richard Leavitt. The newlyweds honeymooned in Bermuda and returned to New York aboard the SS Queen of Bermuda. In 1942, Katherine married Roger Crafts of Cohasset Massachusetts. 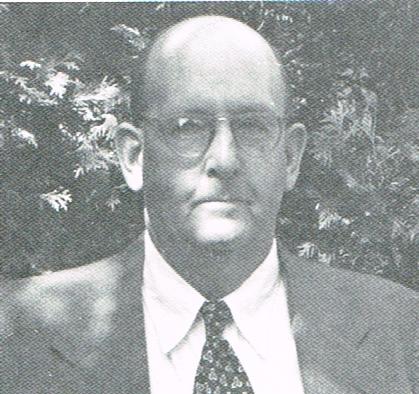 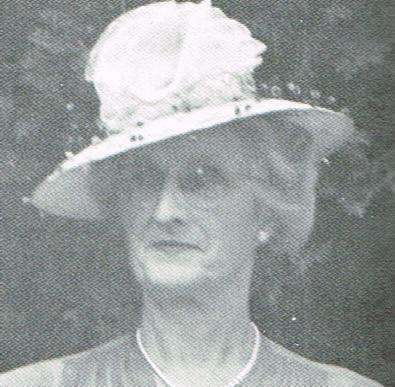 Harold Weston Blanchard died in March of 1952. He was 66 years old. His cause of death is not noted.  After his death, Hazel continued to live at 95 Deerfield Road with Katherine’s family. Katherine died in 1979 at which time Hazel transferred the property to Caroline and Katherine and Richard’s daughter Susan. Hazel Merrill Blanchard died in 1980 at the age of 92. 95 Deerfield Road was rented to Richard and Julie McMurray. They purchased the house in 1981. The McMurray’s sold the property in 1986. The purchasers were Nick and Kathleen Alfiero. The Alfiero’s sold it the following year to Sidney St Felix and Mary Thaxter. Whether the Thaxters lived in our subject is unclear. They sold it in 2001. 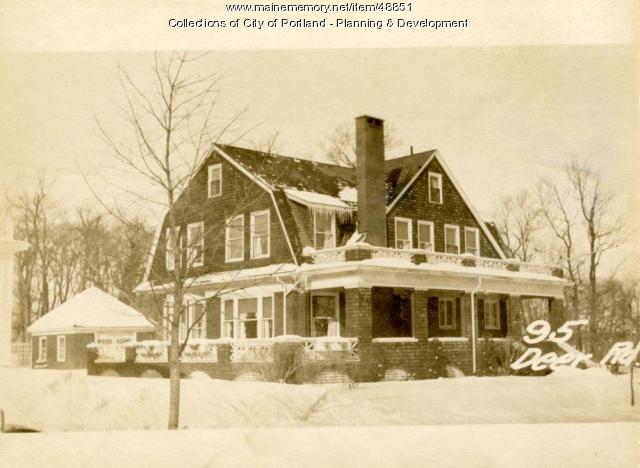 95 Deerfield Road is listed as a single-family residence. The condition is very good.